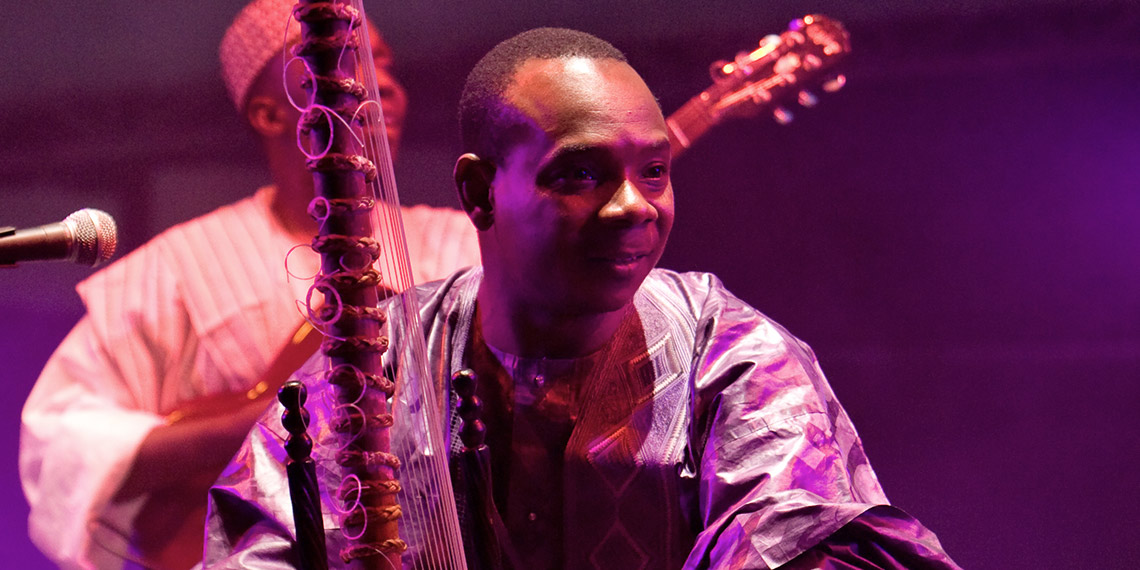 More than any other kora player, Toumani Diabate is responsible for bringing this unique 21-string West African harp to audiences around the world. As an instrumental virtuoso, band leader, teacher, musical conservationist and composer, he is at the vanguard of a new generation of Malian griots modernising their musical tradition while still honouring it. Born into a family of exceptional griots - 71 generations of kora players from father to son - Toumani was a self-taught child prodigy, playing kora at the age of five, mading his public debut at 13, and at 21 he recorded the first ever solo kora album, Kaira, without retakes in a single afternoon in a London studio.

His influences are sourced from many cultures - from Indian classical music he derived "jugalbandi" (musical dialogue between two instruments), he collaborated with Spanish flamenc group ketama, and cut the radical album MALIcool with American free jazz trombonist Roswell Rudd, playing Thelonius Monk's Hank and a wild take on Beethoven's Ode to Joy. Toumani has recorded with Ali Farka Toure (winning a Grammy for Best Traditional World Music Album with In the Heart of the Moon), Salif Keita, Kasse Mady Diabate and US bluesman Taj Mahal. In 2003 he received the Tamani d'or, a prize awarded to the best kora player in the world.