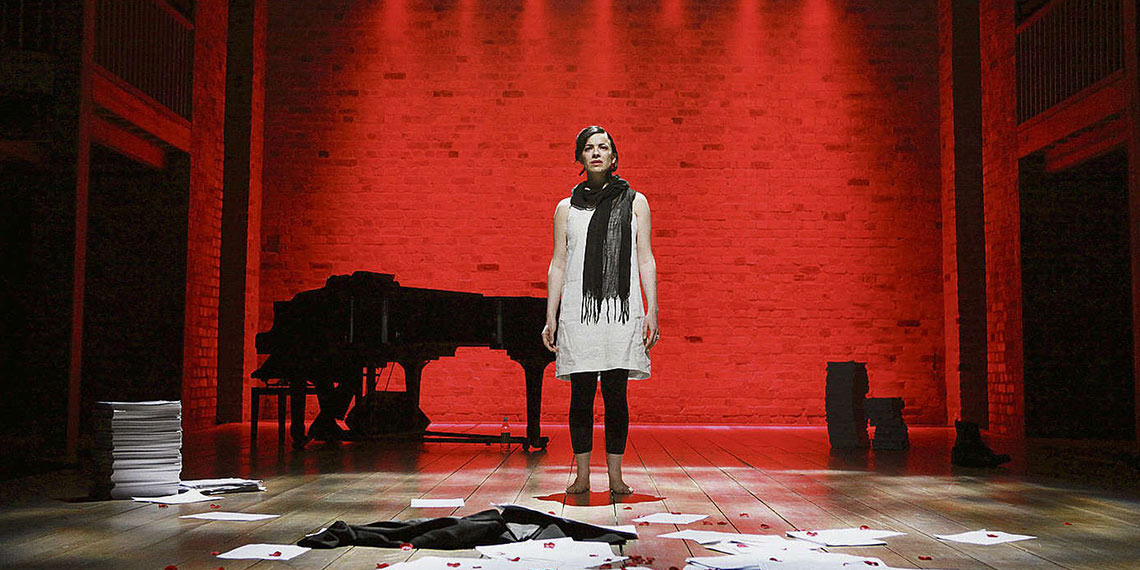 The Royal Shakespeare Company - The Rape of Lucrece

The Royal Shakespeare Company presents Shakespeare's beautiful and violent poem, The Rape of Lucrece. In this provocative and tragic one-woman performance, Irish chanteuse Camille O’Sullivan inhabits the roles of Tarquin and Lucrece, narrating both of their fates through mesmerising word and song and joined live on stage by Feargal Murray.

Awarded a coveted Herald Angel Award for outstanding performances of the production at this year’s Edinburgh International Festival, O’Sullivan’s unique take on these rarely heard words of Shakespeare reveals the poem as the beautiful monster it is.

Original music has been co-written by O’Sullivan with long-time collaborator Feargal Murray to accompany Shakespeare’s dark poem. Murray is a composer, producer, string arranger and pianist who has also worked with artists including Moya Brennan, Celtic Tenors and Colm Dove.

“When she sings it’s as though her breath is soaked in paraffin; one spark and the whole room would ignite.”

“I have always loved The Rape of Lucrece” said Elizabeth. “I think it contains some of Shakespeare's best writing. When I happened to see Camille perform at the Edinburgh Festival at a midnight show in 2008, something just clicked. I became convinced that her singing and narrative storytelling, which was dark, sexual, strange and political, would work with the poem.”