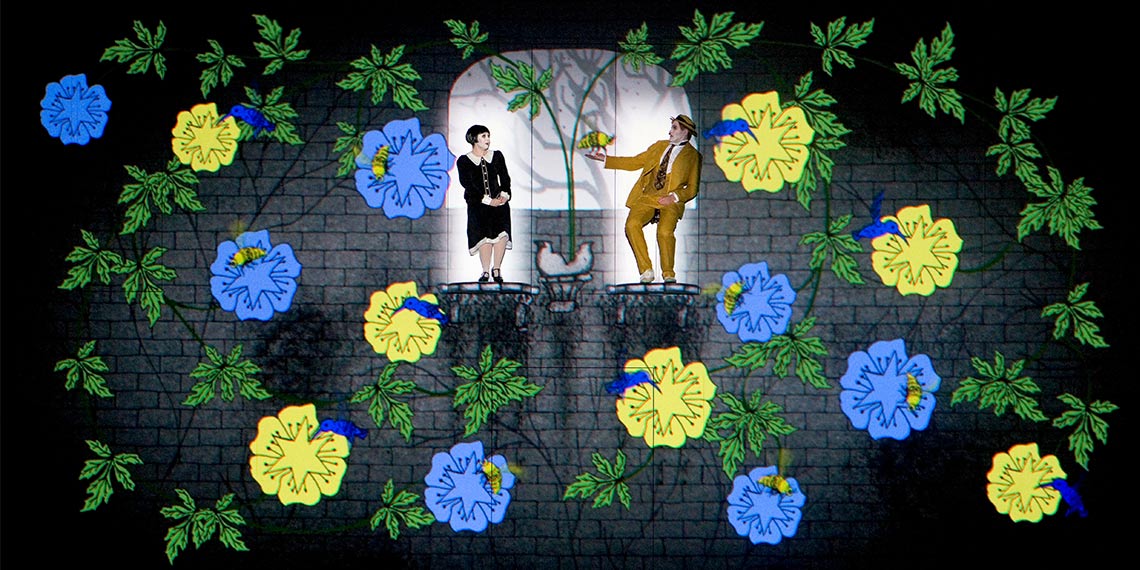 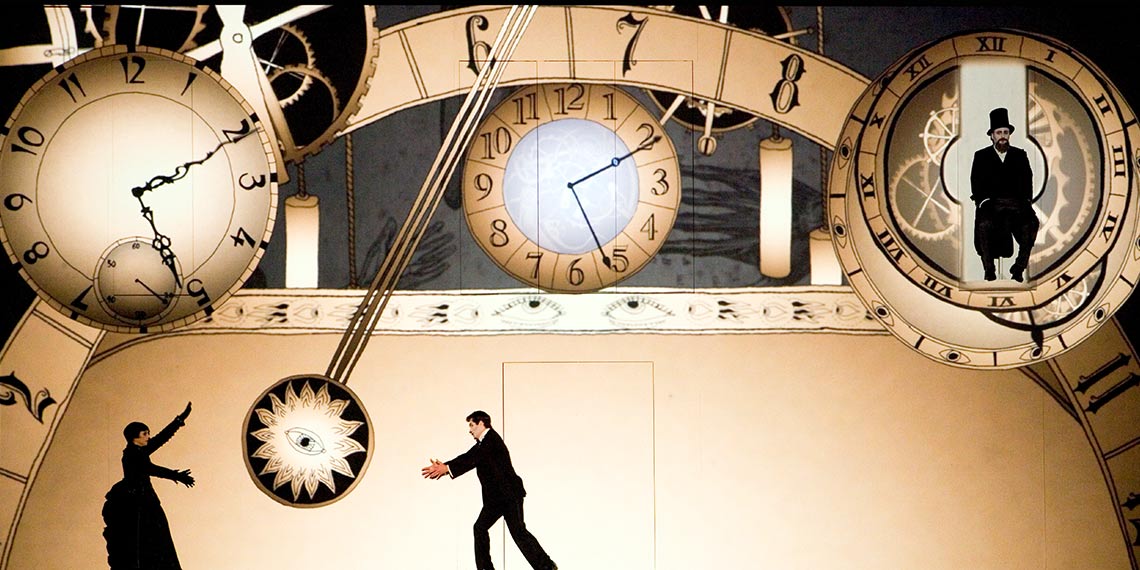 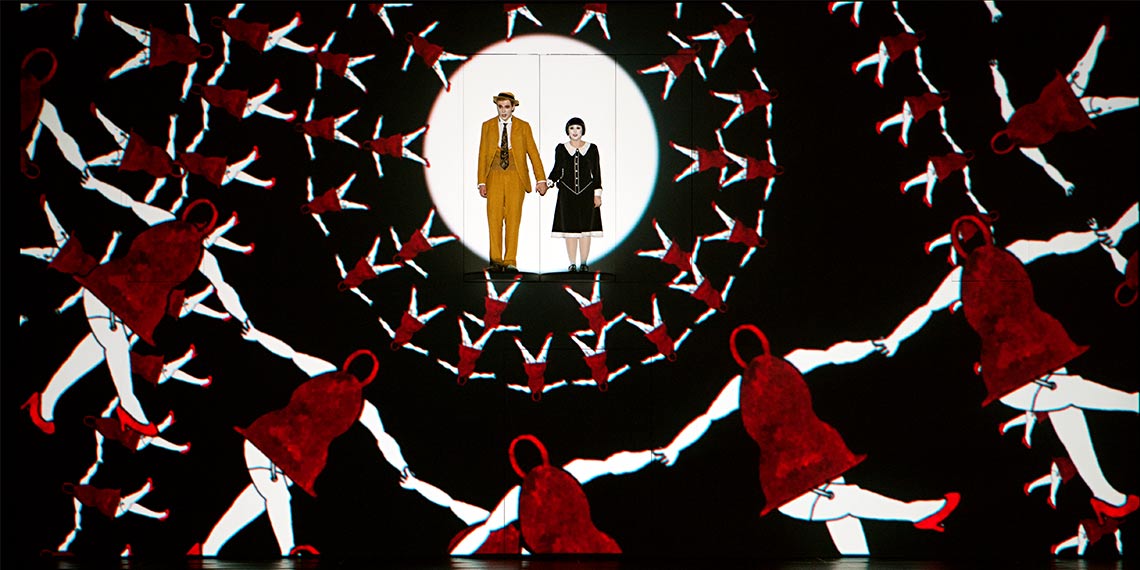 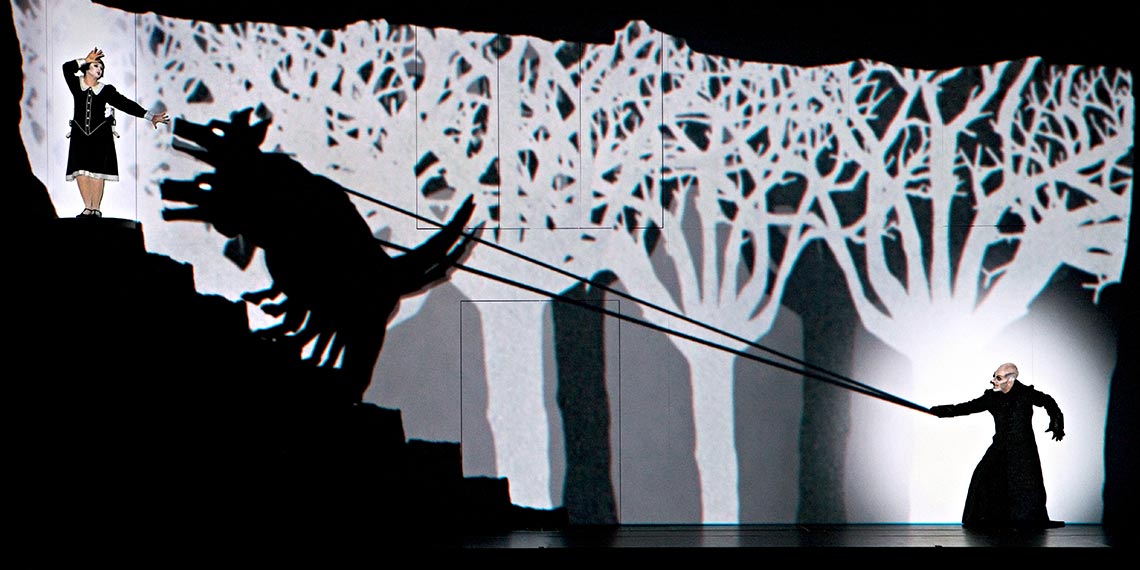 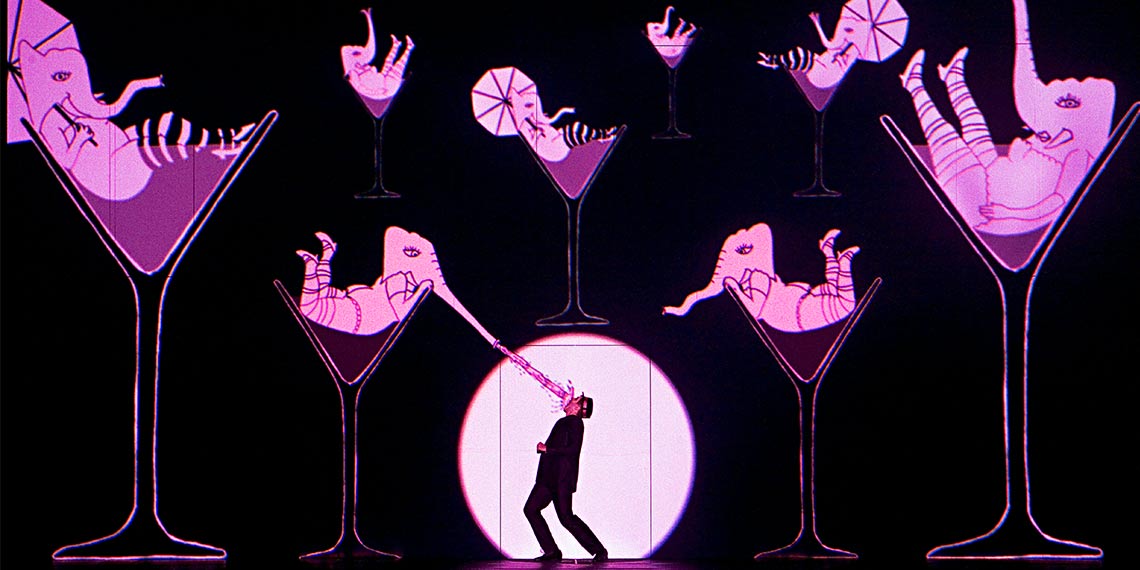 Gloriously inventive animation and live action meet the stunning music of Mozart in the enchanted world of The Magic Flute.

The Magic Flute by Komische Oper Berlin, with its blend of film animation and live singers, has caused a sensation, and not just in Berlin: it has also been rapturously received by audiences and critics in Los Angeles, Madrid, Helsinki, Tokyo, Peking, Paris and many other cities around the globe. This is a production of the most-performed German opera which constantly takes the breath away.

"Help! Help! Otherwise I'm lost!" - Tamino's rescue from the menacing giant snake at the very last moment is the start of an adventure-packed journey in an unknown land in search of love. This love initially materialises for Pamino only in a picture: a picture of Pamina. Is this love real? Or must it become real? – Papageno, Tamino's cheeky companion, also pursues the (fantasy) picture of a loving partner at his side, who should if possible be just like him. Is Papagena real or does she ultimately remain just a dream? Like monstrous mother and father figures almost from the world of nightmares, the Queen of the Night and Sarastro vie for influence over Tamino and Pamina. Is the Queen a loving mother or a vengeful adversary? Is Sarastro a selfish despot or a paternal, caring ruler?

The Magic Flute appears to give rise to more questions and mysteries rather than provide answers. At the end the immense fantasy of this magical opera defies all logic and reason. Its secret lies in deeper layers of fundamental human experiences for which the fairytale appears simply to be the most adequate form of expression and only music finds the appropriate language. It is with good reason that the "eponymous hero" of the opera is an instrument, or quite simply: music.

In their production the British theatre group »1927« and Barrie Kosky find powerful, evocative images for people and situations in this most-performed and yet so enigmatic opera – and despite the immense profundity of the work always retain a (typically British) tongue-in-cheek humour. Billows of smoke that form into images – elephants splashing in cocktail glasses  – flying flutes, little dancing bells … nothing is impossible in this unique blend of German expressionism and British humour, of Weimar Republic cabaret and music hall, of animation and live performance.

'A perfect combination of all the things worth loving: silent movies, Weimar cabaret, David Lynch and the Brothers Grimm.'

' A thing of wonder'

'You must see it to believe it'