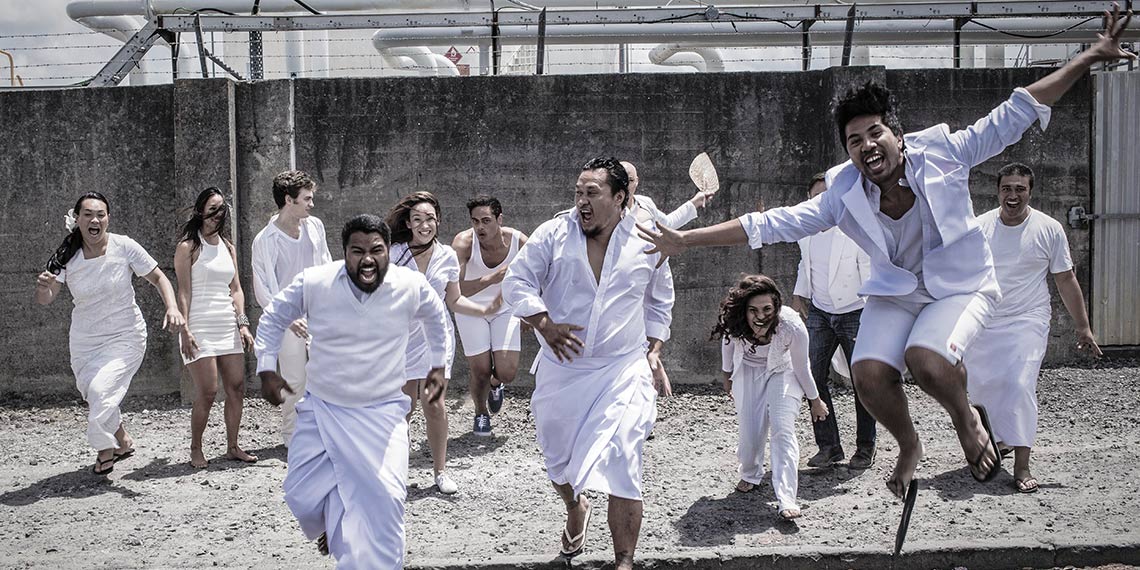 The Factory is a Pacific Island musical that tells the story of Samoan immigrants coming to New Zealand in the 1970s in search of opportunity. Vibrant, high-energy but textured and moving, this is a story of and for the Pacific. The book and libretto are conceived by Pacific Islanders and the work breaks new ground in using the popular format of musical theatre to tell a truly Pacific story.

Kila Kokonut Krew was created in 2002 from a desire to fill a void in the Pacific Island Performing Arts Industry. Vela Manusaute and his partner Anapela Polataivao, both Toi Whakaari New Zealand Drama School graduates, believed there was no other Theatre company that focused on committing solely to the recognition and celebration of Pacific voices. The desire for such a company was the impetus to create Kila Kokonut Krew, in addition to the belief that Pacific Theatre was not embraced to the extent of its European counterparts. Based in South Auckland, the Kila Kokonut Krew’s objective was clear – to create art with a strong political and social focus that the rest of the world could not ignore.

With a ten year history of sell out shows including The Taro King, Playaz Night, SuperFresh, Strictly Brown, outstanding critical reviews and an ever-growing following of loyal supporters, the company has also branched out into music, producing over twelve albums supporting both popular and emerging Pacific Island artists.

"The Factory demonstrates that musical theatre is the ideal form for expressing the heightened emotions and indomitable optimism of the immigrant story."

"Whilst their focus is Pacific, the relevance and significance of their work is universal. The Factory will become a new pillar of New Zealand theatre."

"A solid blend of drama, comedy, music and dance that ultimately explodes with literal electricity. You'll know what I mean when you go."