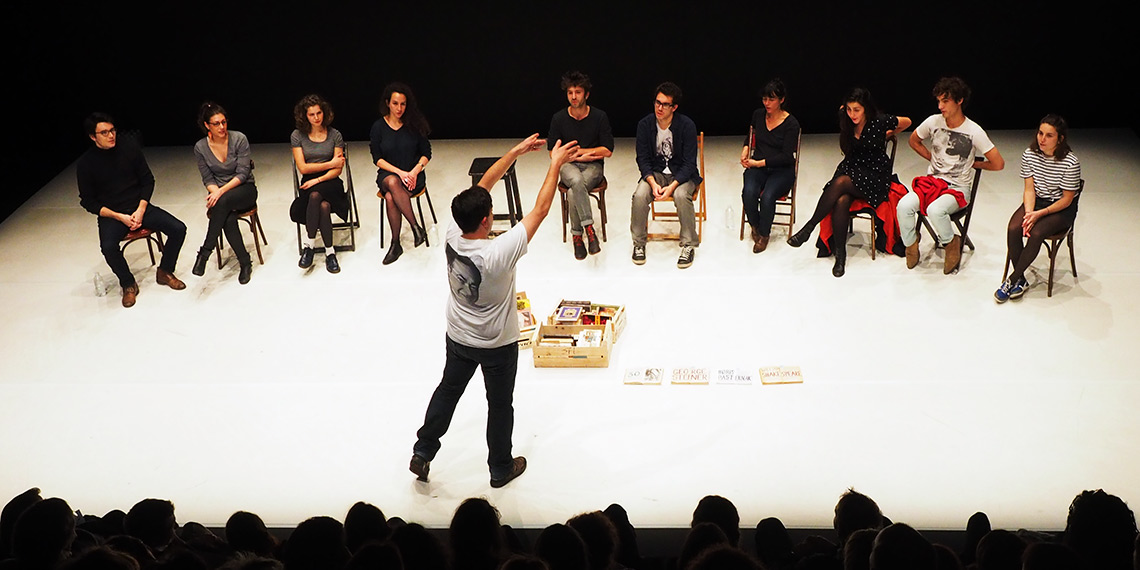 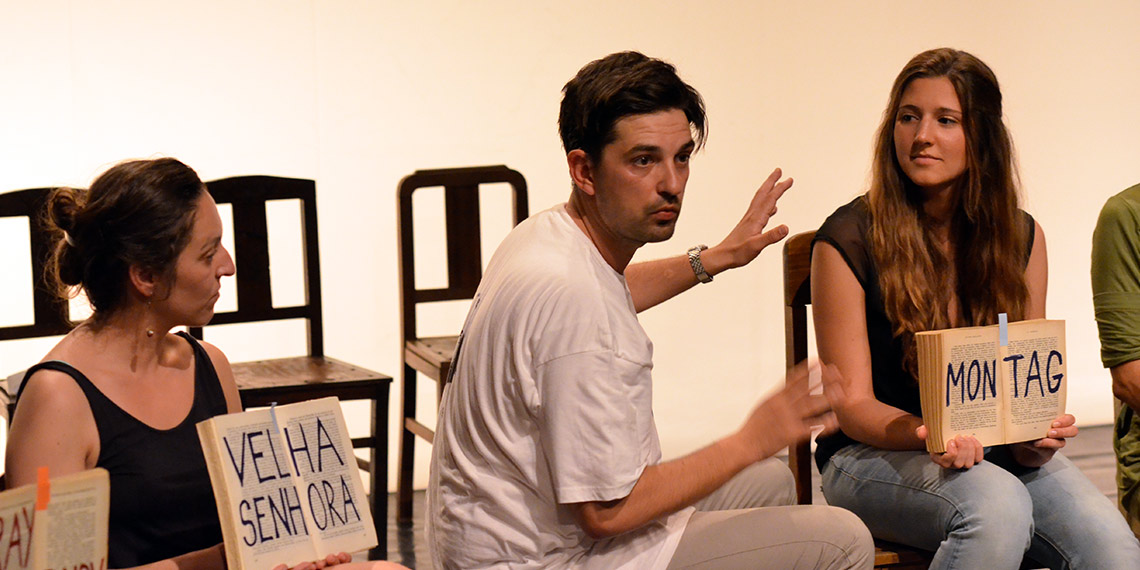 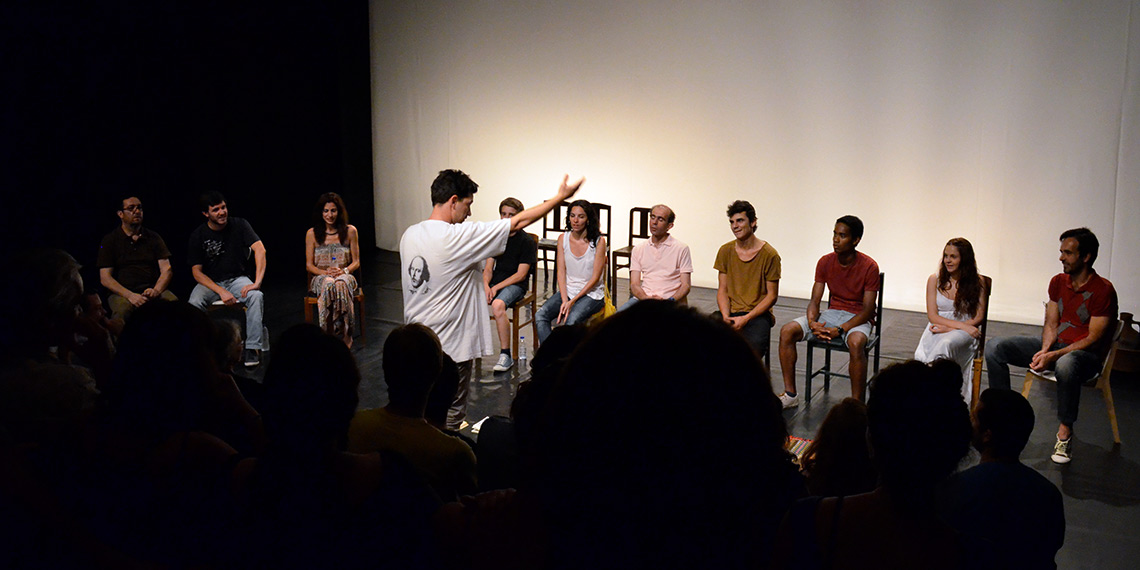 Written and performed by Tiago Rodrigues

A production by TEATRO NACIONAL D. Maria II, after an original creation by the company Mundo Perfeito.

“Once 10 people know a poem by heart, there’s nothing the KGB, the CIA or the Gestapo can do about it. It will survive.”— George Steiner

Can poetry give us hope? Written and performed by Portuguese playwright and actor Tiago Rodrigues, By Heart invites 10 volunteers from the audience to learn a poem, by heart, on stage. While the poem is being learnt, Rodrigues leads the participants and the audience through a series of illuminating, intergenerational stories about famous writers, fictional characters, and most profoundly of all, his grandmother, who is losing her sight and with it the ability to read.

An ode to language and literature, Rodrigues’ beautiful, deceptively simple play gets to the heart of what connects us as humans, the value of ideas in art and revolution, and the wonders of memory and memorisation. A moving theatrical experience that will touch your heart and soul – and remind us all of the power of words.

Written and performed by Tiago Rodrigues

Text with fragments and quotes by William Shakespeare, Ray Bradbury, George Steiner, Joseph Brodsky, among others

Duration 75 to 120 min without intermission

"A performance… so deep, so intelligent and so magnificent that we come out of it profoundly moved."

‘Once 10 people know a poem by heart, there’s nothing the KGB, the CIA or the Gestapo can do about it. It will survive.’