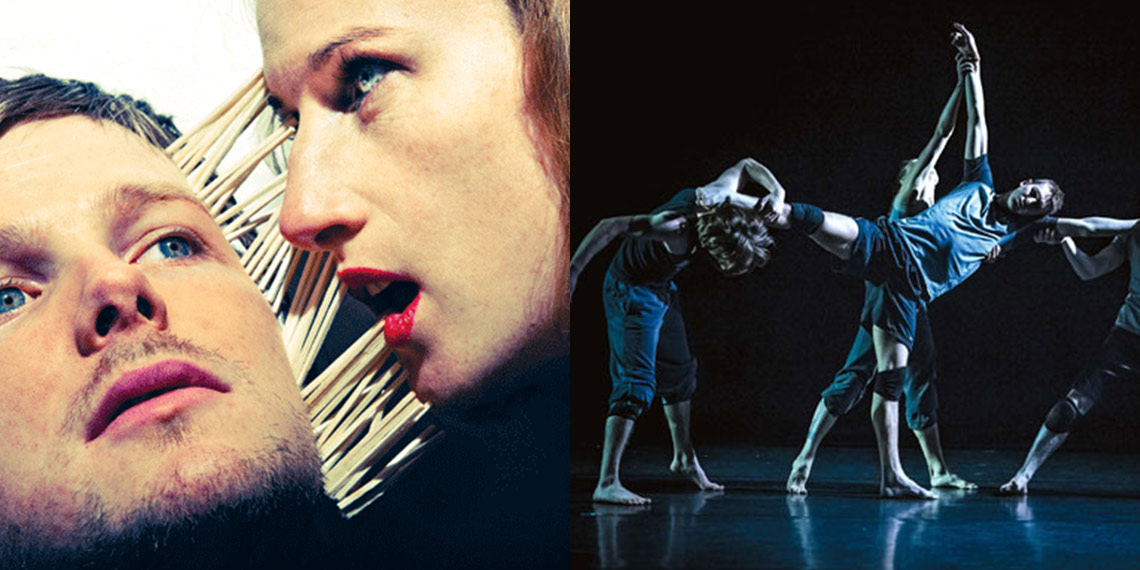 Dual is a puzzle that fuses jagged yet slippery pieces. Two solos are performed one after the other. Although distinct and unrelated, the solos are then interlocked to create an arresting duet. Dual asks questions about individuality and what is sacrificed as well as heightened by a union.

Skeleton reveals a set of characters who discover the hidden stories of pop-cultural icons from the high heel to the BMX bike. Meeting surprising and violent ends, bodies and objects collide via a sinister vanishing screen. McGowan’s fascination with the skeletal form results in a work that cuts to the quick with articulate physicality, acute strength and a cracking choreographic pace.

“[Lake has the ability to] balance exciting, interesting and unexpected contemporary dance with something infinitely relatable: love.”