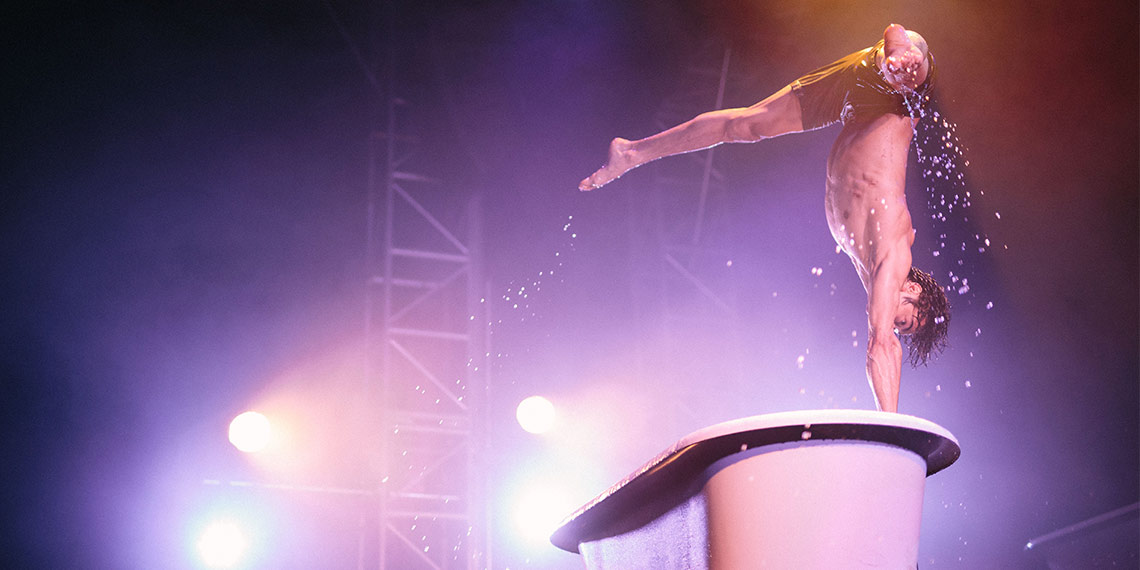 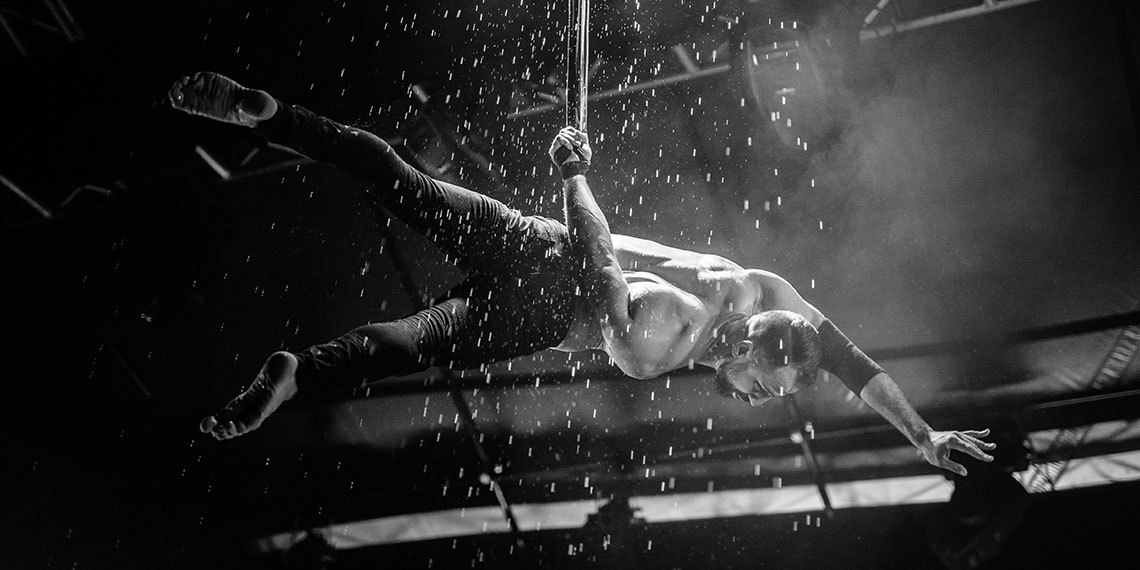 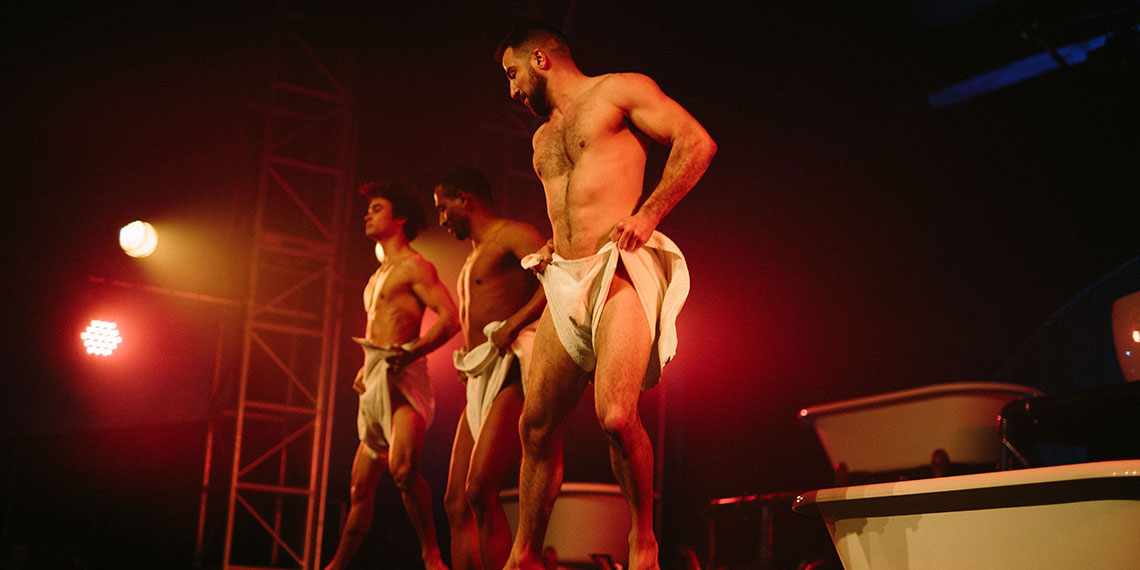 SOAP, the indisputable hit of Adelaide Fringe 2015, returns to Australia in 2017 to delight Adelaide, Melbourne and Darwin audiences with its striking originality.

Immediately enthralling and accessible for all ages, SOAP is an intelligent and splash-filled fusion of contemporary circus, comedy, physical theatre and cabaret. A dazzling range of water-soaked routines performed to an exciting and eclectic soundtrack delivers 70 minutes of genuine showmanship with seemingly effortless grace

From moments of divine beauty – a captivating gymnastic performance on a bath ledge – to a humorous love story between two feet, SOAP has captivated the hearts of over 1.5 million audience members around the globe. It’s steamy, funny and absolutely jaw-dropping.

“There really is only one word for SOAP: mesmerising” ★★★★★

“Lives up to the hype… an array of stunning physical feats that shouldn’t be physically possible….thrilling entertainment” ★★★★★

“Bath time has never been so funny, noisy, boisterous or bizarre….you’ll laugh, gasp, clap and cheer”