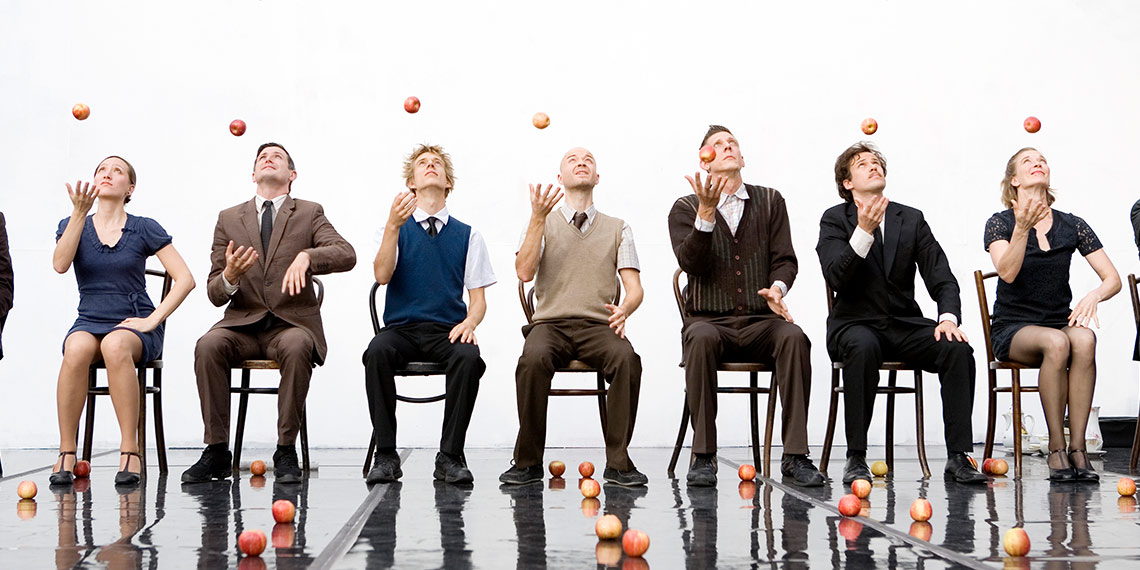 Gandini Juggling was formed in 1992 by world-renowned juggler Sean Gandini and champion rhythmic gymnast Kati Ylä-Hokkala, Gandini Juggling continues to be at the vanguard of contemporary circus, reinventing and reinvigorating juggling for the 21st Century.  The company is one of the pioneers in using contemporary dance and mathematical notations in the field of juggling.  Ferociously prolific, they are constantly creating new works from radical fusions of art and juggling, through theatrical juggling performances, to family friendly entertainment.  Their work transcends cultural barriers.

In Smashed, the manipulation of the forbidden fruit takes a sagacious look at the strained relations between seven men and two women, kindly flaying traditional juggling and contemporary circus.  A series of nostalgic filmic scenes explore conflict, tense relationships, lost love, and afternoon tea.  Inspired by the work of the great choreographer Pina Bausch, director Sean Gandini and Kati Ylä-Hokkala has borrowed elements of her gestural choreography and combined them with the intricate patterns and cascades of solo and ensemble juggling.