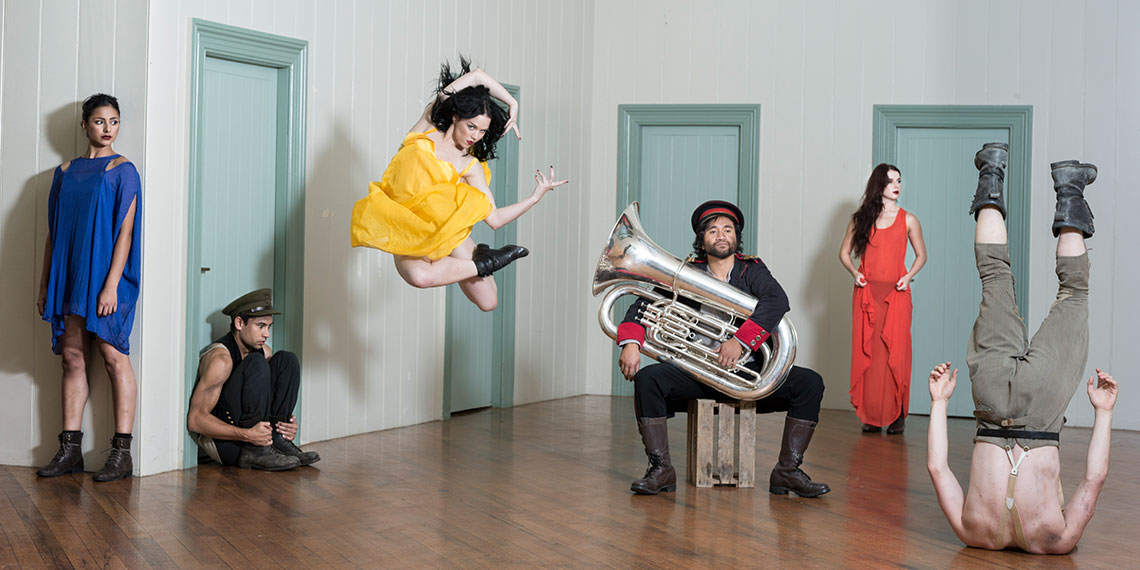 Rotunda features the beautiful collision of a live brass band with the raw power of contemporary dance and marks the 2014 – 2018 centenary of New Zealand and Australia’s involvement in the First World War. This is a poignant and moving work, created by Shona McCullagh (Artistic Director) and Don McGlashan (Musical Director) in collaboration with a cast of 8 dancers, which is performed to a range of heartfelt hymns and stunning, new brass works by contemporary New Zealand composers.

Rotunda is a living memorial to the loss of thousands of innocent young men who gave their lives or were left traumatised by the often ill planned battles of The Great War. Invited to the Holland Dance Festival in February 2014, Rotunda has received 4 star reviews and standing ovations at every performance.