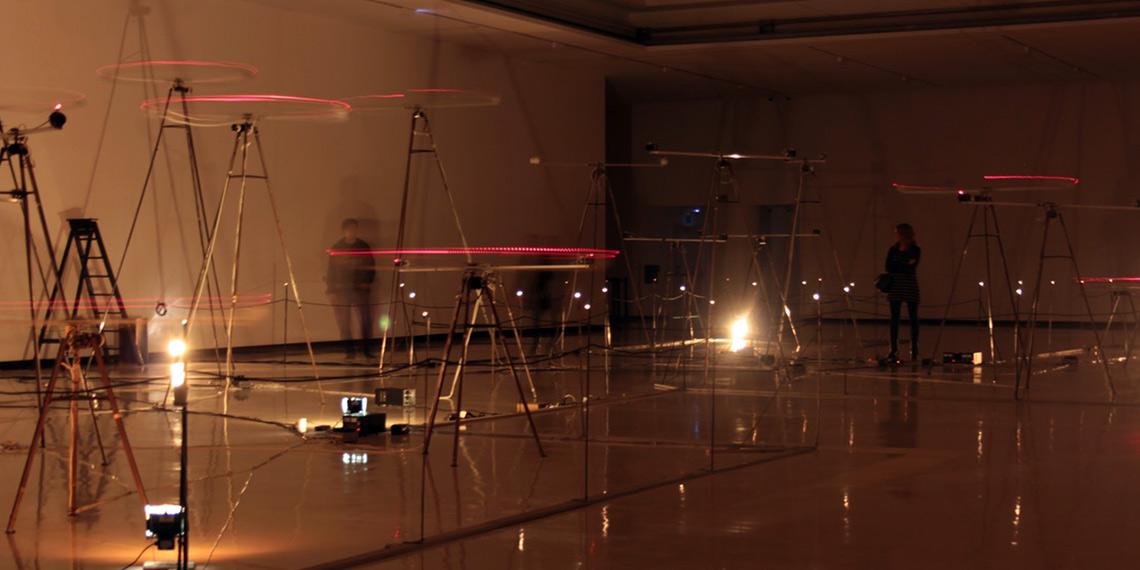 UK creator, composer and performer, Ray Lee, produces work that combines kinetic sound sculpture and installation with live performance. Siren is a whirling, spinning spectacle of mechanical movement, electronic sound and light. Large metal tripods, up to 3m tall, have rotating arms that spin around, powered by electric motors. As the arms rotate, the sound pulses past the listener with a Doppler-like effect, while the cluster of closely tuned oscillators creates a rich and pervasive sound world. A minimalist phasing of the rhythmic pulses emerges as the varying speeds of rotation of the arms makes the pulsing tones phase against each other in a constantly evolving polyrhythmic structure. The closeness of the tuning of the separate tones sets off a series of amazing overtones that evoke the sense of an ethereal choir.

The audience are able to move freely about the space and experience different sonic and visual perspectives of the work, while the performers move about within the mass of swirling metal machinery, operating their machines, and tuning oscillators to change the musical composition. A hit at the 2007 Edinburgh Fringe winning a Herald Angel Award and receiving 5 star reviews.