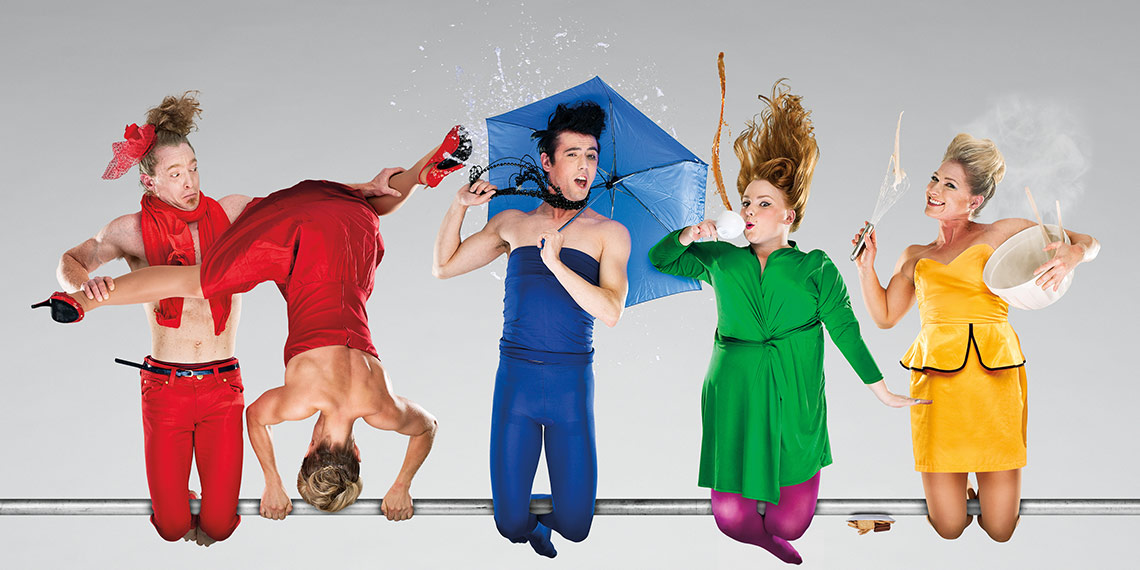 Leonie is waiting for Paula, Paula is waitng for a man, Bryan is waiting to be included. But sure, we are all waiting for something, mostly for something to happen, so you have come to the right place because these guys know how to fill the time better than most. A love for good dancing, good looks and a good time is what they have in common. Join them to get some of each.

Ponydance was commissioned by ABSOLUT and ABSOLUT Fringe to make a new show that was suitalbe for indoors and out, to be perfomed in a different location every day, for fifteen days!  So taking what they knew about comedy dance theatre, which is now quite a lot and what they knew about street theatre, which wasn't very much, they made Anybody Waitin'?  With an extendable cast of 3 to 13 (thanks to the audience) and the use of some large handbags, a change of clothes and a pop up fake tan tent, they go on a short quest to find Paula's date.

"Who knew dance could be so funny? Presumably all those who went to ponydance's last fringe show, Where Did It All Go Right? The Irish troupe is known for mixing slick routines and silliness, and this follow-up certainly won't disappoint their fans."