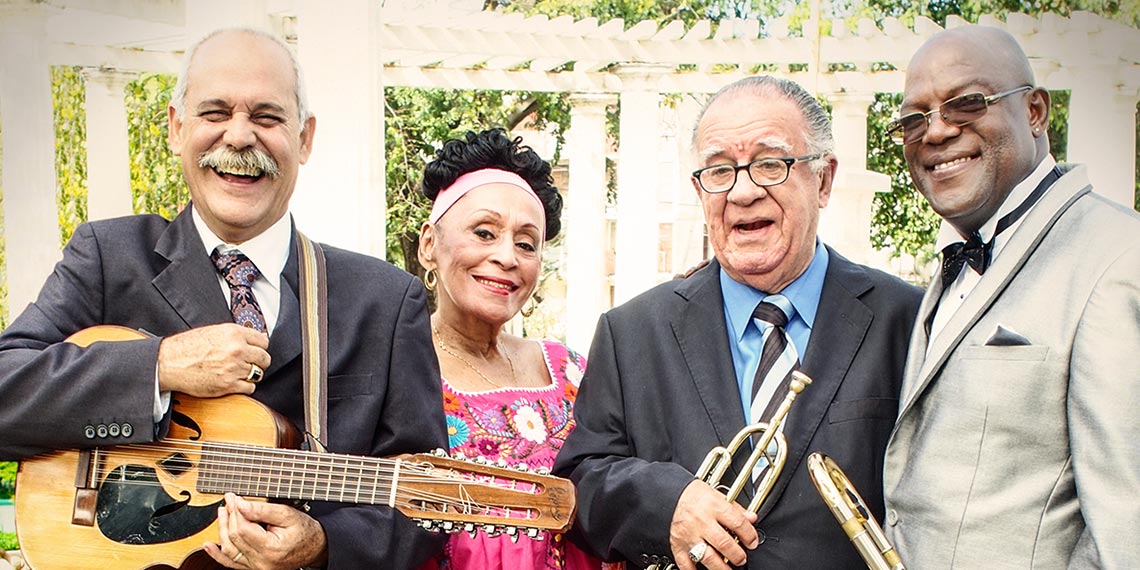 In 1997, an assembly of renowned Cuban singers and musicians revived a forgotten repertoire of beautiful music – son, bolero, danzan and guajiro – that became famous as the soundtrack to the movie Buena Vista Social Club. Now, after a hectic 16 years of thrilling audiences around the world, the Orquesta Buena Vista Social Club is set to bid adios with a farewell world tour. The group has toured in different combinations since 1997, but the current line-up – under band leader and original trombonist Jesus "Aguaje" Ramos – will feature stars from the original album and film, including the incomparable diva Omara Portuondo, trumpeter Guajiro Mirabal and laúd virtuoso Barbarito Torres (who also played with the Afro-Cuban All Stars).