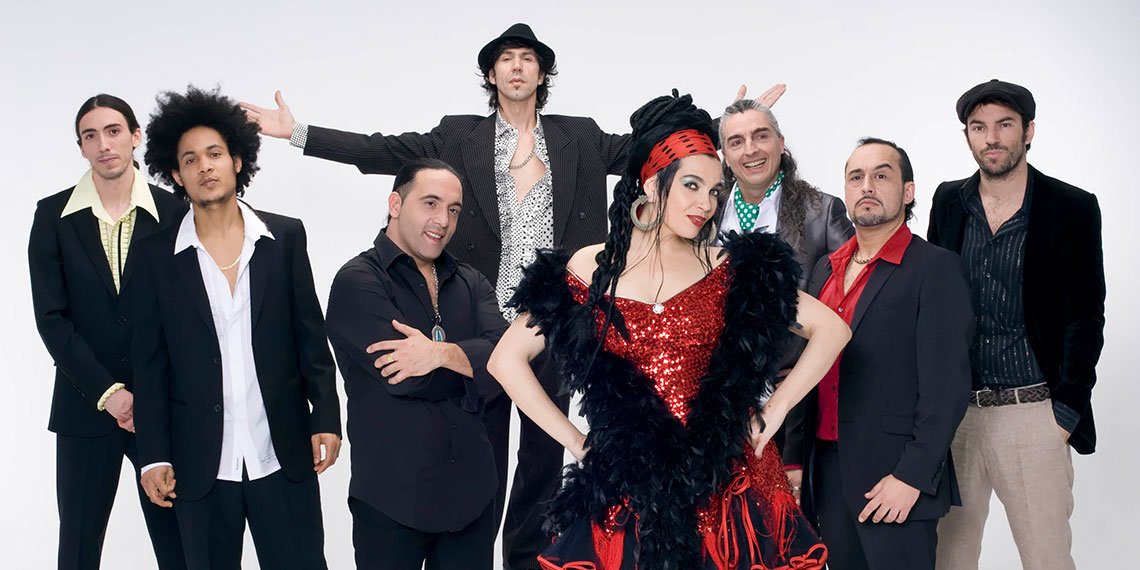 From the streets of Barcelona, Spain in 1998, the heady fusion of street rumba with a hot flamenco heartbeat has breathed fire into this feisty group.

Led by the passionate vocals of Marina Abad, which fly from gritty wailing to assertive rapping, the group’s gypsy spirit brings a sharp edge to performances that embrace the multicultural origins of old flamenco, the new energy of hip hop and the spice of Afro-Cuban energy, with a hot social conscience to match.

Taking its name from a gypsy term meaning “the eyes of the sorcerer”, the group recorded its first album, Vengue, in 1999. It was a homemade production that quickly won mainstream attention for its original sound and vibrant energy. The response fuelled a fierce independent spirit within the band, recognising that its unique flavour demanded specialist attention, so they began publishing their own work and handling their own promotion, production and recordings.

Not surprisingly, their second album, Barí, released in September 2002, took flight in a different direction. Now, with five eclectic studio albums to its credit, the group has performed at leading jazz, rock, and world music festivals, from Glastonbury, Rosklide and Summerstage NY Central Park to Montreal Jazz.