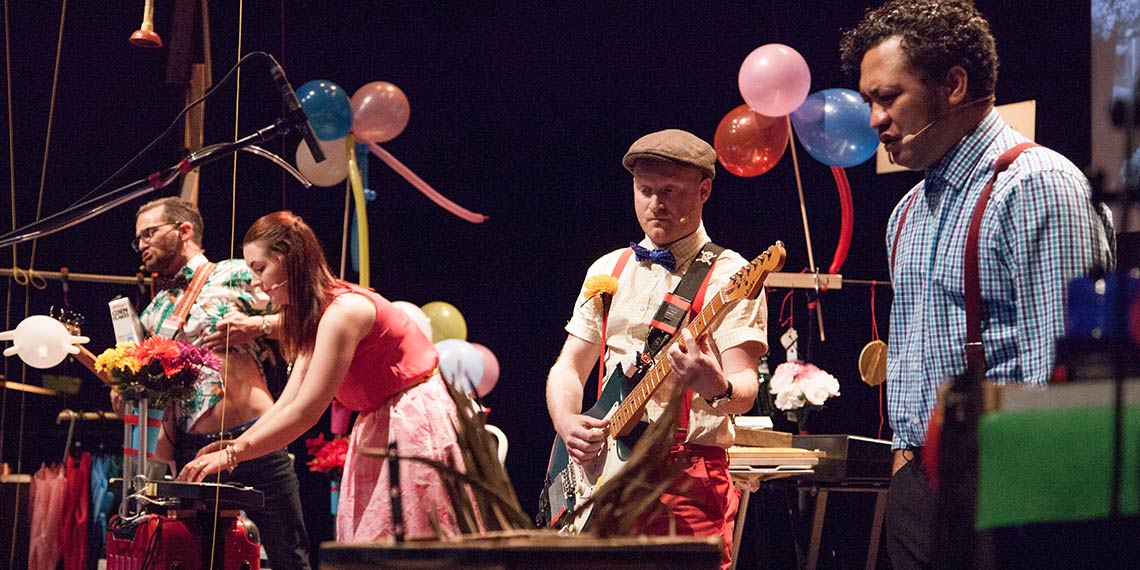 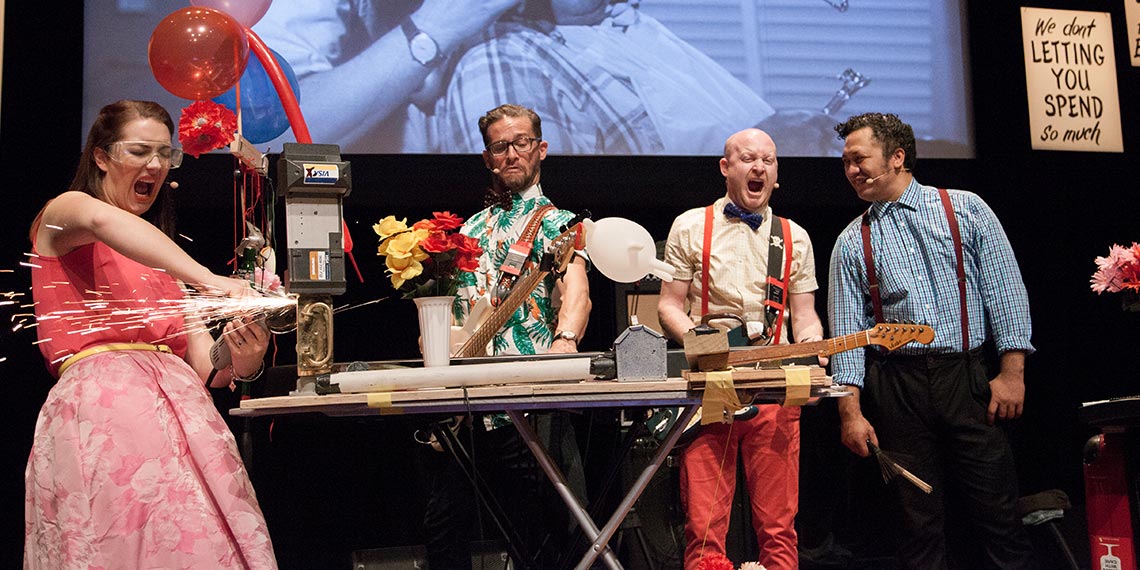 While the original 1960 film plays on stage, four performers work at break-neck speed to re-voice multiple characters in perfect lip synch whilst playing a brand new score and creating live Foley (sound effects). The Little Shop of Horrors significantly ups the danger and excitement of the live performance by merging the band, Foley and actors into one small ensemble that work together at breakneck pace to create the live soundtrack.

Our Audrey, Seymour, Mushnik and Dentist along with all the other characters will be leaping from piano to guitar, to bass to Door Bell, to that thing that makes the sound of footsteps. The Foley booth will be exploded out across the stage with sound effects now being generated by each and every performer.

The Little Shop of Horrors will be an engaging feat of brilliant musical and cinematic theatrics celebrating the multiple skills of the live performers as well as the original film. Live Live Cinema. Where will you look?