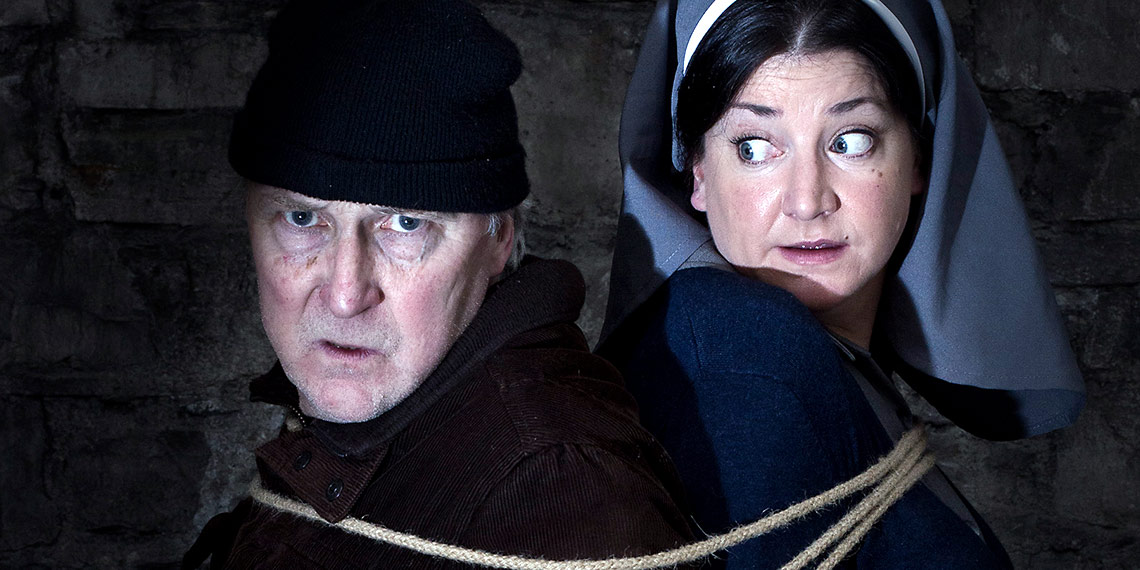 A huge hit on tour in Ireland, UK, Europe and New York, now coming to Australia for the first time, Fishamble’s “Little Thing, Big Thing” is a darkly comic suspense thriller that can do no wrong.

An ex-con and a nun are pursued across Ireland holding a little piece of information that could trigger a big business crisis. Sorcha Fox and Donal O’Kelly play Martha and Larry, who take a high-octane jump into the brutal world of international energy skullduggery, and awaken passions they thought were dead. This finely executed piece of political theatre has the brisk tempo of an old-fashioned caper, but the sting and bite of a contemporary production. It’s another striking presentation from Fishamble, Ireland’s award-winning theatre company dedicated to discovering new work.