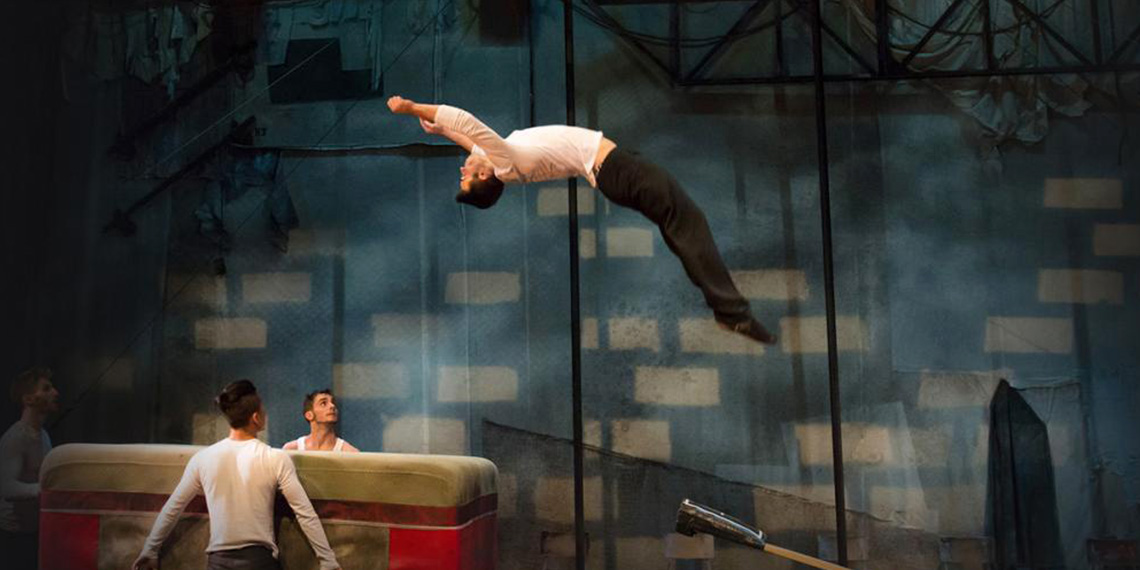 Montreal’s The 7 Fingers (Les 7 Doigts de la Main) have taken the world by storm with their eccentric and intelligent contemporary circus-theatre. Having wowed Melbourne audiences in 2006 they are now back with their worldwide hit Traces.

“So thrilling, it will surely make an entire generation run away and join the circus” - The Guardian (London)

With a deft humour these laid-back young circus artists somersault, contort, balance and catapult effortlessly around an urban backyard. But Traces is more than just a display of acrobatic brilliance - with a touching and straightforward honesty the performers speak revealingly about their lives and relationships. We are gradually drawn into their story, and by the final, dramatic climax of the show the audience is on the edge of their seats, willing them to pull off the seemingly impossible.

Set to a fantastic soundtrack ranging from rock 'n'roll to blues to hip hop, this is a thrill-a-minute show that will leave you begging for more.