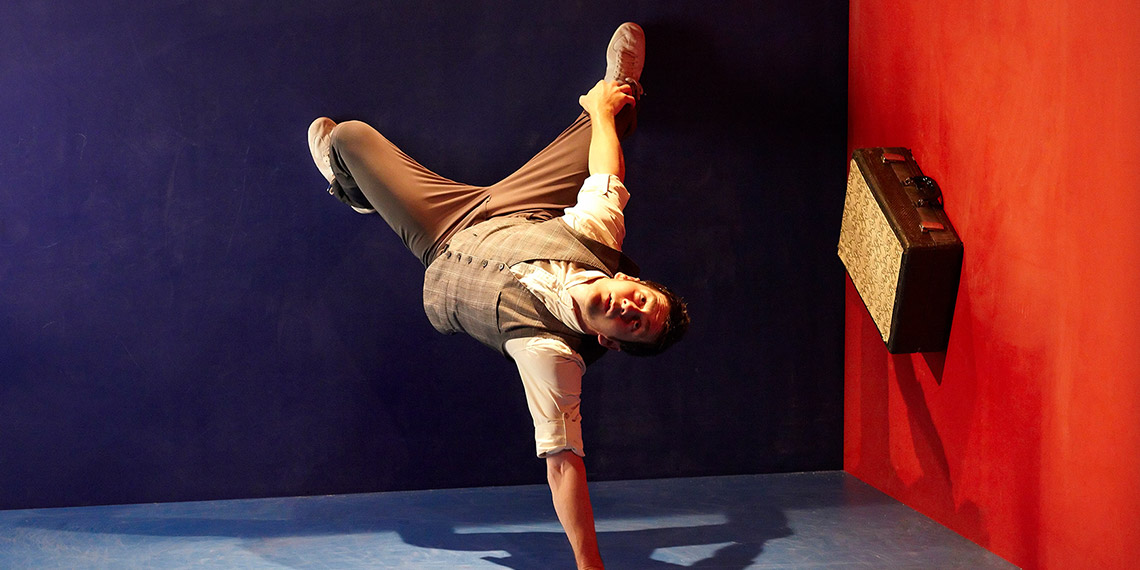 LEO is a surprising and hilarious one-man show that defies the laws of gravity. Thanks to an original stage concept and ingenious video projections, LEO appears in the fabulous scenes and landscapes which leave audience members wondering which way is up and which way is down. With no sense of gravity, he heads off on a truly fantastic adventure!

LEO premiered at the Edinburgh Fringe Festival in August 2011, where it won no less than three awards: the "Three Weeks Editors Award", the "Scotsman Fringe First Award", and the "Carol Tambor Best of Edinburgh Award".

“A spellbinding and inventive piece of physical theatre.”