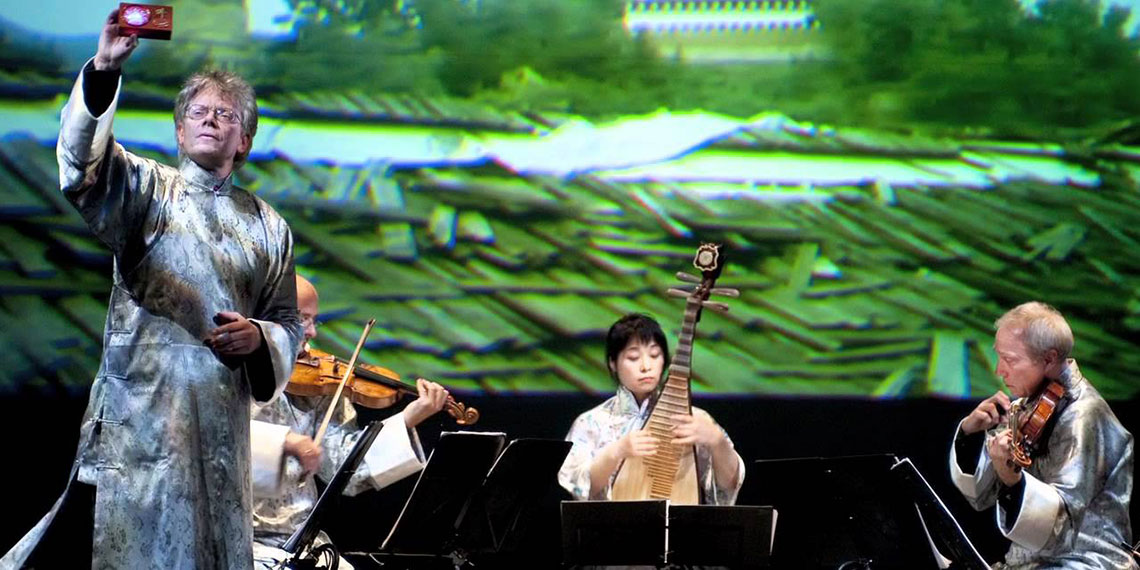 For more than 30 years, San Francisco’s Kronos Quartet has pursued a singular artistic vision, combining a spirit of fearless exploration with a commitment to expanding the range and context of the string quartet. In the process, the Grammy-winning Kronos has become one of the most celebrated and influential groups of our time, performing thousands of concerts worldwide, releasing more than 45 recordings of extraordinary breadth and creativity, commissioning more than 650 new works and arrangements for string quartet, and collaborating with renowned artists of myriad disciplines and styles from around the globe.

The Kronos Quartet continue their fearless quest to expand the range and context of their instruments and music with these two exciting experimental works.  They are joined in Sydney by the extraordinary Wu Man, a virtuoso on the pipa, an ancient lute-like instrument, who seamlessly combines traditional playing with synthesized sounds.

The evening begins with the epic Ghost Opera, a reflection on human spirituality through water, metal, stone, and paper.  Bach and Shakespeare meet Chinese shadow puppetry and ancient folk traditions, while Wu Man and Kronos Quartet embrace nature, the future and the past.  Ghost Opera was written by composer Tan Dun, whose prolific career includes an Academy Award for his soundtrack to the film Crouching Tiger, Hidden Dragon.

Conceived by Wu Man, David Harrington and Chen Shi-Zheng, A Chinese Home is a staged work with video, for string quartet and pipa.  Inspired by the deconstruction and rebuilding in the US of a late Qing dynasty dwelling, this is a fascinating journey through Chinese music and culture, exploring the cultural upheaval, rural sensibilities, and modern attitudes of China.

Presented by the Sydney Festival by arrangement with Arts Projects Australia.