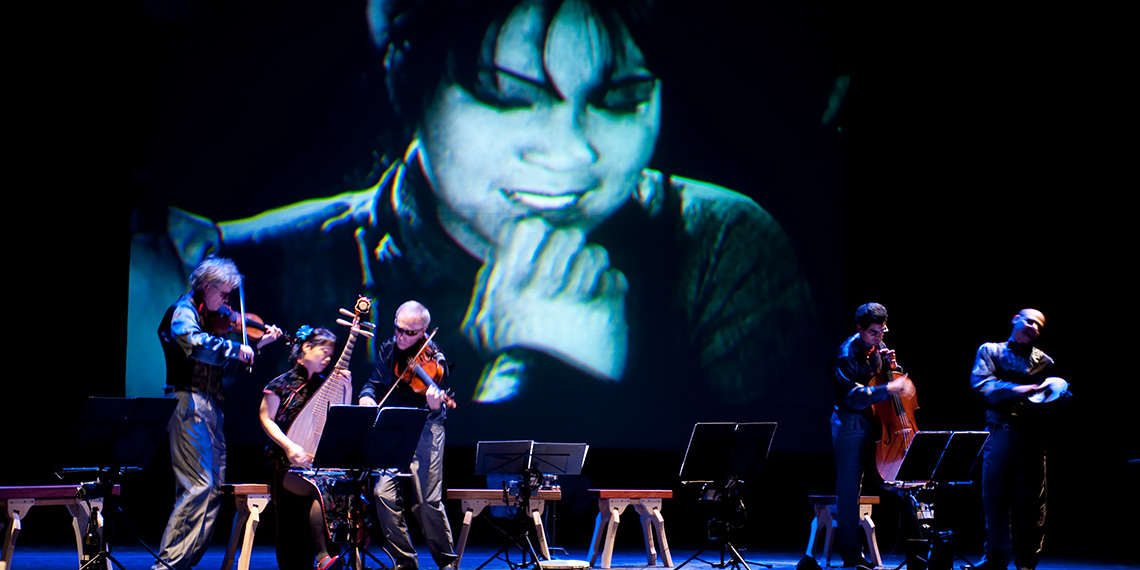 With over 40 albums to their credit, and a long list of past World music collaborations Kronos Quartet have consistently challenged any conservative notions of 'classical' music with their wide-ranging creativity and outrageous virtuosity. They join forces with Bollywood's most famous vocalist, 73 year-old Asha Bhosle, who has featured on more than 12,000 tracks since the late 1940's to perform the repertoire from the 2005 release 'You've Stolen My Heart: Songs from R.D. Burman's Bollywood'. This Grammy-nominated project, also featuring the Chinese pipa player Wu Man is a multicultural knockout and has received thunderous acclaim around the world.