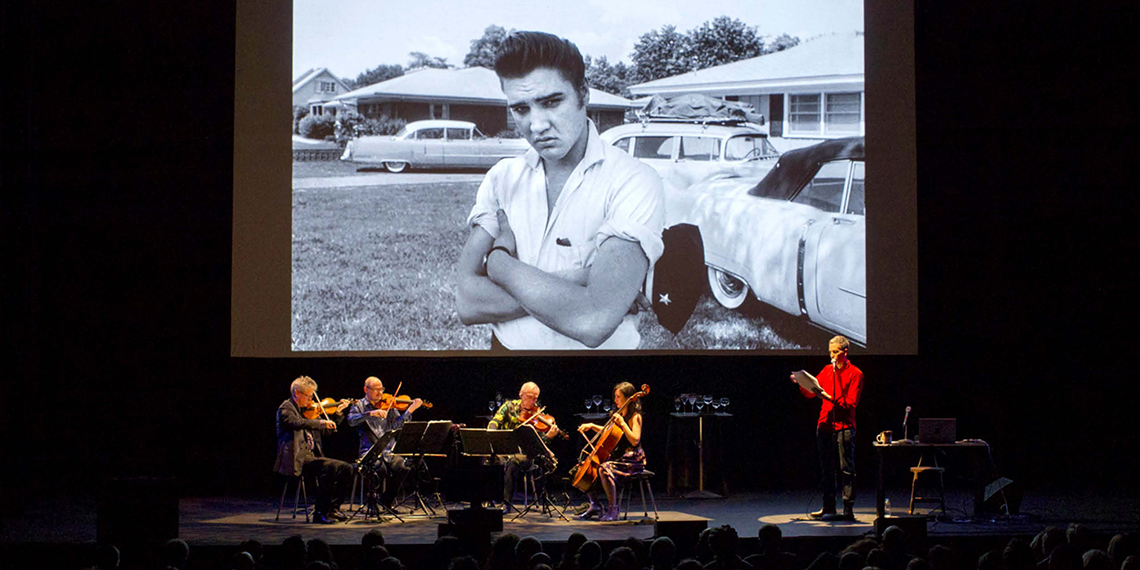 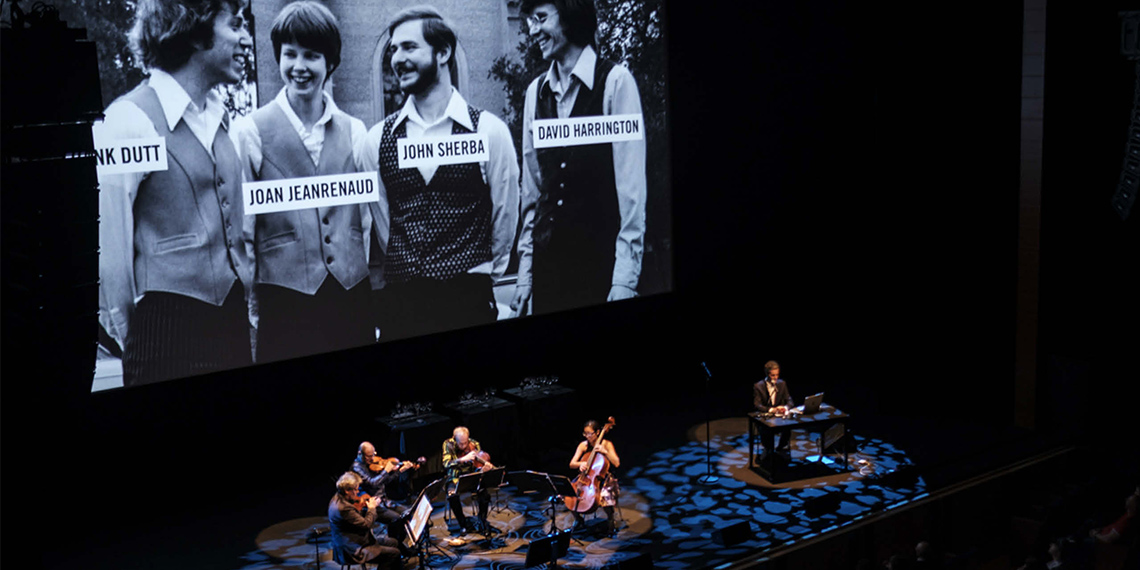 A Live Documentary with the Kronos Quartet

Written and directed by Sam Green and Joe Bini

The Kronos Quartet might be one of the world’s most recognisable musical groups, but you’ve never experienced them like this before. See these modern icons enter a new dimension as a documentary feature devoted to the group is scored live by its own subjects.

Filmmakers Sam Green and Joe Bini created A Thousand Thoughts as a ‘live documentary’, in which interviews and archival footage are accompanied by live performance by Kronos and live narration by Green. The result is both a wide-ranging and thoughtful exploration of a modern music institution, and a palpable reminder why this San Francisco-based string quartet remains at the forefront of their field.

Prolific collaborators, the group has performed with the likes of David Bowie, Laurie Anderson and Tom Waits and have created soundtracks to films such as Dracula and Requiem for a Dream. Don’t miss this tribute to a veritable musical icon that will woo newcomers and reward old fans alike.

Family Concert: Around the World with Kronos

To complement the live screening of A Thousand Thoughts, Kronos Quartet will play an eclectic and family-friendly show. The lively and beguiling program includes traditional and contemporary works from every corner of the globe, each arranged to cast new light on these sometimes familiar, always riveting compositions.

Additional support was received from The DrumStick Fund, Genuine Article Pictures, The National Endowment for the Arts, The Sundance Institute Documentary Fund, Lyn Lear, Andrea Lunsford, Gottfried and Janet Tittiger, and Kenneth and Elizabeth Whitney. This film was supported by Sundance Catalyst.