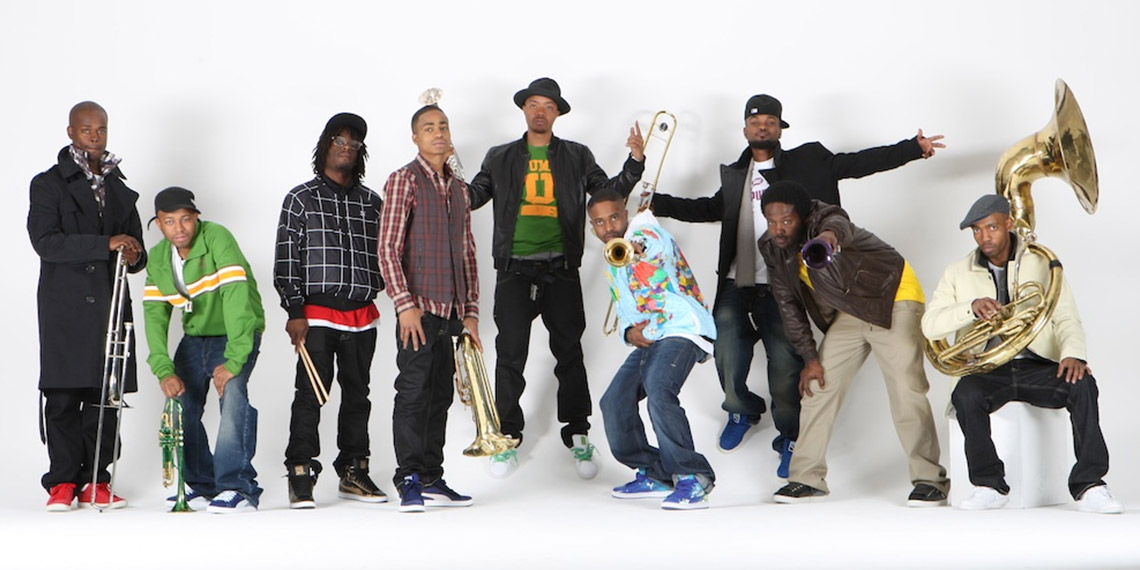 Formed on Chicago's south side, these eight horn-playing brothers were taught by their father Phil Cohran, Sun Ra's extraordinary lead trumpeter in the 1950s who later became a vigilant jazz educator for budding Chicago brass musicians. This also meant that his youngest sons (from among Phil's 15 sons and seven daughters) would be awoken at 6am for several hours of strict instrumental practice before they went to school. At night they would slip on headphones to secretly groove to the explosive hip hop of NWA and Public Enemy.

By 1999, after all the brothers had left school, they took to Chicago's streets and subways to start busking, creating a new brassy style they called ‘hypnotic', fusing the better parts of jazz, rock, reggae and hip hop in their own arresting compositions.

With Gabriel Hubert, Amal Hubert, Jafar Graves and Tarik Graves on trumpets, Saiph Graves and Seba Graves on trombones, Tycho Cohran on sousaphone and Uttama Hubert on euphonium, joined by neighbourhood friend Christopher Anderson on drums, the group eventually transferred to New York City. They started recording independently before travelling to Europe, where a Christmas busking session at London's Ladbroke Grove in 2005 led to a new recording deal.