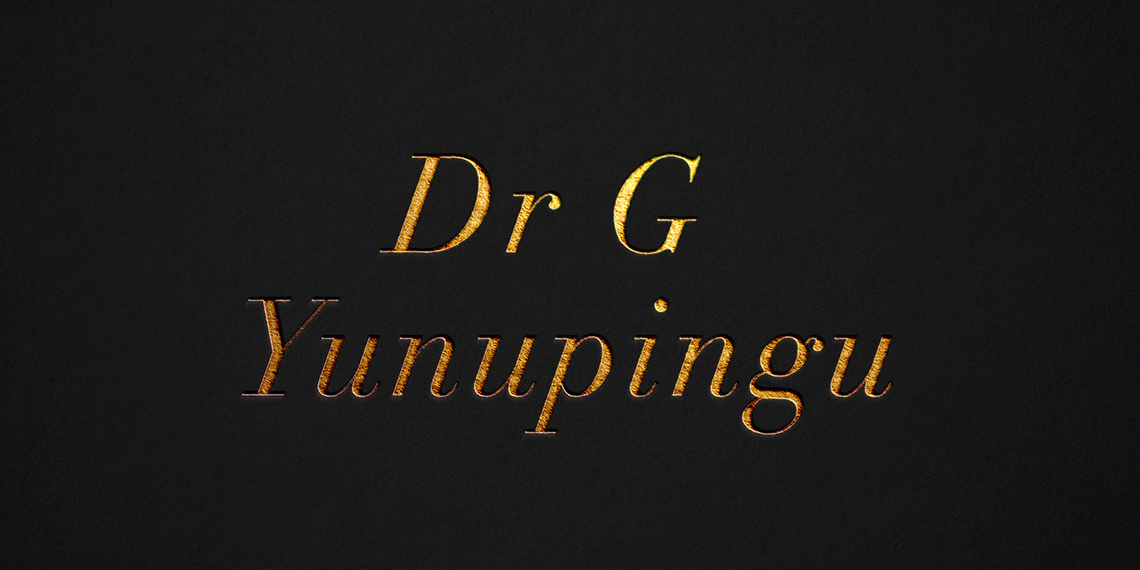 Dr G Yunupingu is one of the most outstanding musicians in Australia. He is a multi-instrumentalist playing guitar, drums, keyboard and yidaki (didgeridoo). Blind since birth, Gurrumul is a member of the Gumatj clan of north east Arnhem land and it is the songs and stories of the Gumatj clan that Gurrumul sublimely adapts into contemporary song styles. At the age of 15 he was identified as a young and extremely talented multi-instrumentalist and joined the ARIA Award winning band Yothu Yindi where he played an integral role until 1992. Currently a member of the hugely talented Saltwater Band he has contributed greatly to the Indigenous music industry which was recognised again this year at the NT Indigenous Music Awards where he was awarded the Album of the Year and Song of the Year 2008.

His debut self-titled album Gurrumul released in February 2008 has received exceptional worldwide reviews and is set to attain GOLD status in Australia before the year ends. Gurrumul has come onto the international music industry radar where he has received an abundance of media interested and recently the album entered the European World Music Chart at number 8 September 2008 and No.15 on the USA iTunes Folk Chart.

Gurrumul’s solo performances are a rare treat for music lovers and should not be missed, his solo excursions highlight his amazing talent and his beautiful voice that will never leave you as he sings the songs of his Gumatj country.

“... The Greatest voice this continent has ever recorded...”