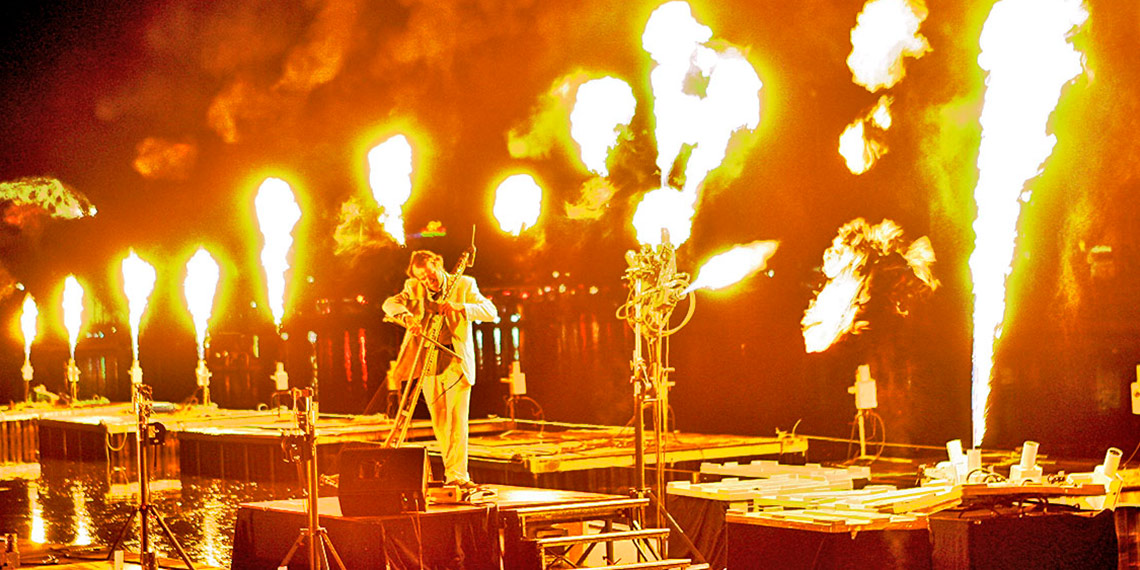 The Victorian Government engaged APA to produce a second free, outdoor festival in the wake of the success of the Commonwealth Games Festival Melbourne 2006. Designed to support the FINA World (Swimming) Championships held in Melbourne in 2007, the Festival exploded for three days in Federation Square and the adjacent Birrarung Mar on the banks of the Yarra. International music, street theatre, circus, roving performance and installations filled the area from midday to midnight. The program was designed to appeal to all ages and feature artists from every continent.