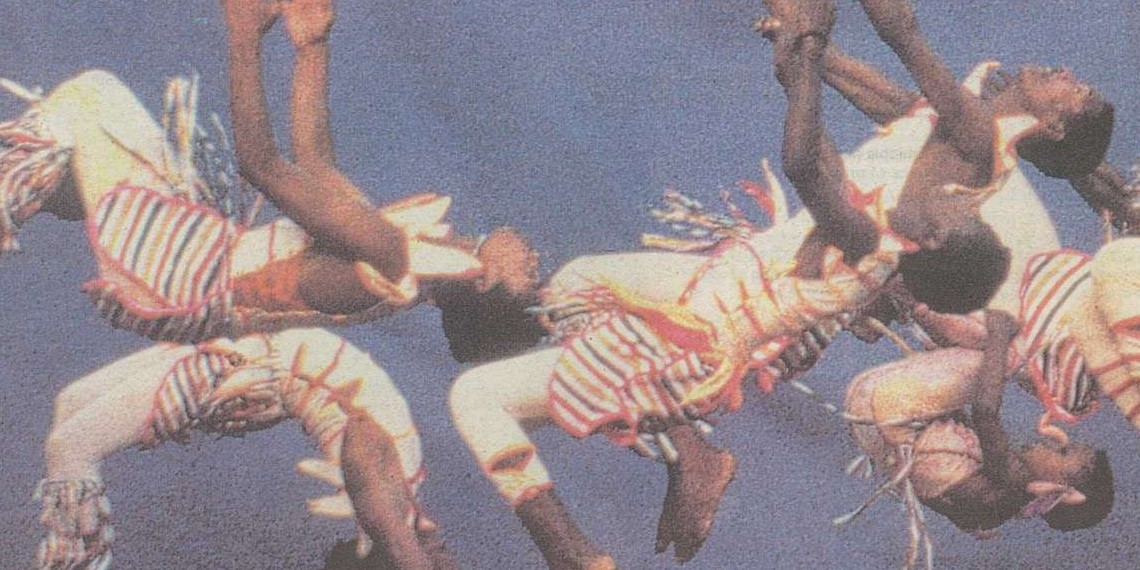 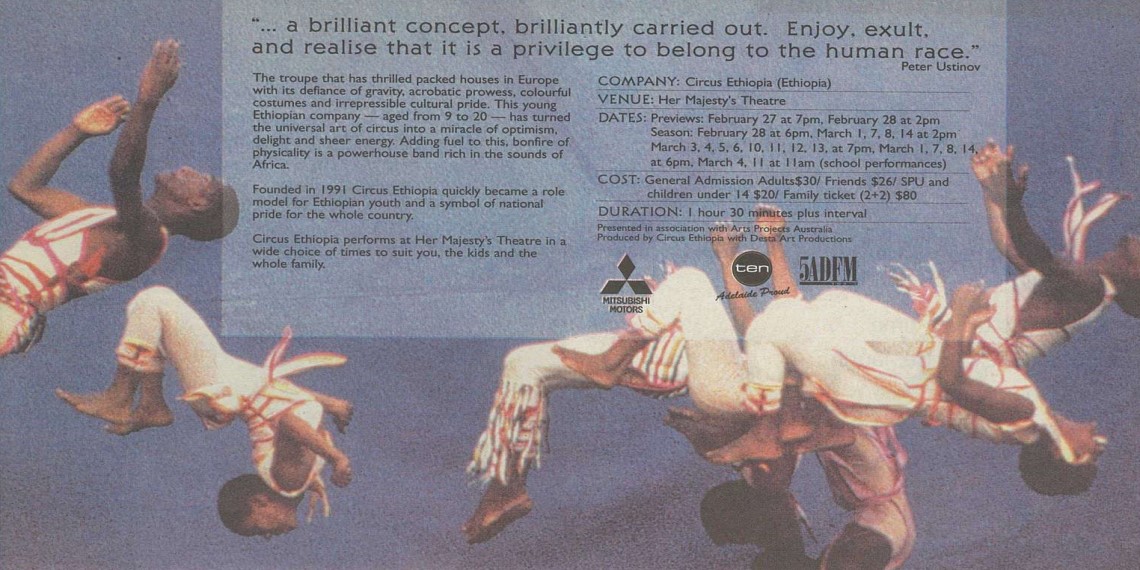 Touring to: Melbourne, Sydney and Adelaide Festival of Arts

Circus Ethiopia is a bit like watching an African version of Young Talent Time - thankfully without Johnny Young. This young talented troupe of 19 wholesome boys and girls with cheesy smiles and bright costumes light up the stage in a dazzling 90 minute performance.

The show starts with the kids dancing and playing jump rope. a scene you might find on any suburban street. Except any ordinary kids don't do somersaults and juggle while jumping on a rope that's been set on fire. Throughout the show they contort their bodies into amazing positions to form intricate impossible looking pyramids.

Circus Ethiopia was formed in 1991 as a community project in a country where the children are usually associated with famine and malnutrition. The troupe of acrobats and 6 musicians is now chosen from hundreds of hopefuls who eagerly want to perform for the world.

The show is uniquely Ethiopian - traditional dress and music. But it has broad appeal: good old fashioned entertainment. The baby of the troupe is a young boy who is a bit like the "star" of the Christmas tree as he claws his way to the top of human pyramids. He is also the show's resident clown, who delights in using unsuspecting audience members to spice up the act.

Circus Ethiopia is a shining light in the festival for all ages. It will take a few days for the smile to wear off your face.