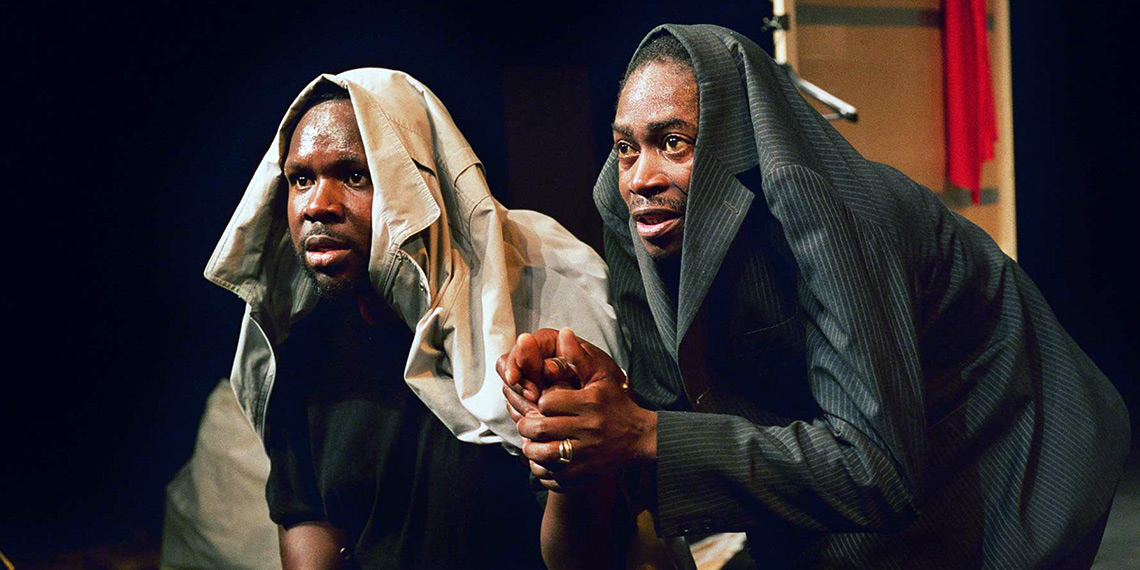 Directed by the legendary Peter Brook, one of the great figures of contemporary theatre, the play focuses on themes of identity, humanity, truth and survival. Peter Brook's moving, funny and deeply engaging production stars Habib Dembélé, writer and political activist who stood as a presidential candidate for the Republic of Mali and Pitcho Womba Konga, a celebrated rapper and hip-hop artist from the Congo.

Sizwe Banzi Is Dead is the first of the 'Township Plays' created by Johan Kani, Winston Ntshona and Athol Fugard. These plays are based on the everyday life of the urban black community in South Africa during Apartheid. Sizwe Banzi Is Dead began its life in the townships before touring the world to massive critical and popular acclaim.