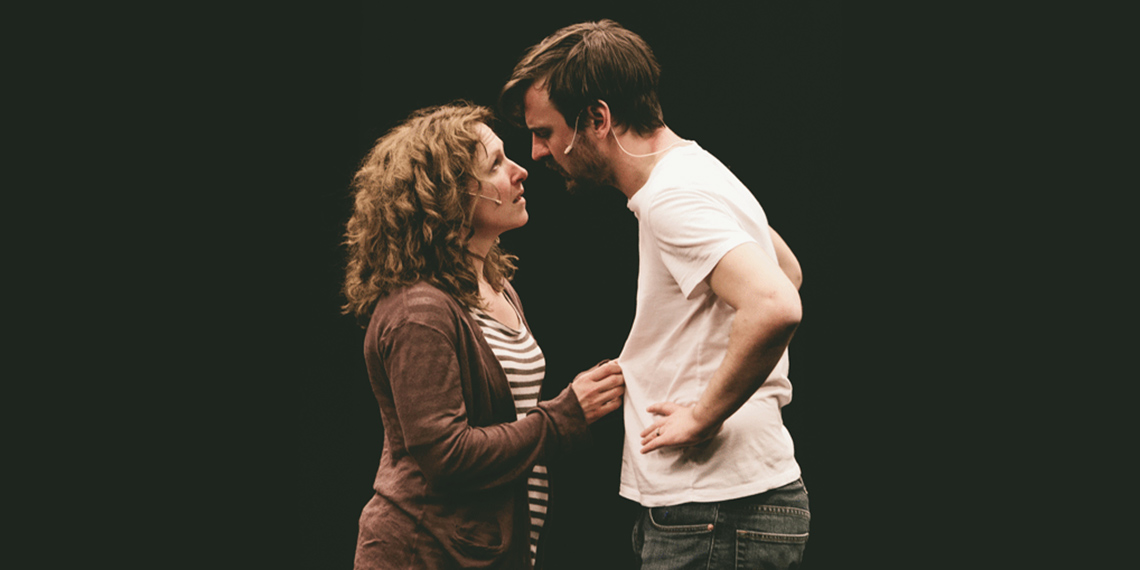 Based on Die Wildente by Henrik Ibsen.
By Simon Stone and Chris Ryan.

Maybe sometimes it's better not to know the truth. Hjalmar Ekdal is reasonably happy, living in a small flat with his dad, his wife, his daughter and a duck. But not all is what it seems. When his old friend Gregers returns and discovers some old family secrets, he decides to tell Hjalmar, with disastrous consequences for the Ekdal family. This is the well-known plot of the play. Young Sydney-based director Simon Stone has adapted the story and reinterpreted it as a touching modern play, a little tragedy characterised by pointed, sarcastic dialogues, precise social contours and profound sadness. The characters are all there and have the same names as in Ibsen’s play; the wounded duck is there as well. But they speak, live, think and feel like lower middle-class contemporaries of a western country who are in denial of the very real social conflict smouldering under the façade of family history.

The young Australian director Simon Stone, artistic director of Sydney’s Belvoir Theatre, delivers a taut adaptation of Ibsen's modern classic, giving it a new-found fierceness and muscularity. Stone literally puts his actors behind glass, making the audience into voyeurs. From their seats they watch the characters as they struggle with some unbearable truths, in a glass box from which no escape seems possible. The Wild Duck is widely regarded as the greatest masterpiece of the Norwegian playwright Henrik Ibsen (1828-1906), known as ‘the father of realism’. In this tragedy he conveys with masterly use of irony how the truth is not always sacred and can sometimes weigh too heavily on the faint heart of a human being.

In his adaptation, director Simon Stone has gone straight for the jugular, stripping much of Ibsen’s text. The short scenes are cut even shorter by sudden and total black-outs, often when the characters are mid-conversation. The black-outs are filled with vigorous violin tremolos by composer Stefan Gregory. All these modifications combine to give Ibsen’s classic a new-found muscularity, speed and energy. By stripping the story of its supporting cast (a doctor, a bookkeeper, a housekeeper, a servant, a theology student, two gentlemen, six dinner party guests and several waiters) and locking the six main characters in a glass box, the audience is forced into the role of voyeurs, watching these six people inextricably linked with each other, struggling with some unbearable truths. Six people who appear to be unable to escape from their lives, each of them and at the same time none of them responsible for the tragic death of one.

Simon Stone (1984) is an Australian actor and theatre director. He is one of the greatest young talents of the Australian theatre. Stone was born in Basel. From there he moved with his parents and his two sisters to Cambridge in the UK and finally to Australia. There he studied at the Victorian College of the Arts at the University of Melbourne. In 2007 he founded the independent theatre company The Hayloft Project, where he adapted and directed Wedekind’s Frühlings Erwachen, Chekov’s Platonov and 3xSisters, The Suicideby Erdman and The Only Child, a new version of Ibsen’s Little Eyolf. In 2009, he directed Arbuzov’s The Promise for Belvoir. In 2010 he wrote and directed a version of Seneca’s Thyestes for the Hayloft Project and the Malthouse Theatre in Melbourne, This production won Green Room Awards for Best Adaptation, Best Production and Best Ensemble. In 2011 Stone became the Resident Director at Belvoir. In his first year he wrote and directed a new version of Henrik Ibsen’s The Wild Duck, which won the Helpmann Award for Best Play. In that same year he also adapted and directed Bertolt Brecht’s Baal for the Sydney Theatre Company. In 2012. Stone directed (and rewrote) Strange Interlude by Eugene O’Neil, Death of a Salesman by Arthur Miller and a stage version of Ingmar Bergman’s film Face to Face.

Belvoir is an Australian theatre company based at the Belvoir St Theatre in Sydney, Australia. In 1984 the old Nimrod Theatre was saved from demolition by more than six hundred Australian arts, entertainment and media professionals, including Nicole Kidman, Judy Davis, Gillian Armstrong, Sam Neil and Dame Joan Sutherland. The theatre was renamed the Belvoir St Theatre. The theatre company Belvoir was formed that same year and has since built a reputation as an innovative and important company engaging Australia’s most prominent and promising playwrights, directors and actors. Among the actors who worked with the company are famous names such as Geoffrey Rush, Cate Blanchett and Jacqueline McKenzie. Belvoir’s artistic director is Ralph Myers.