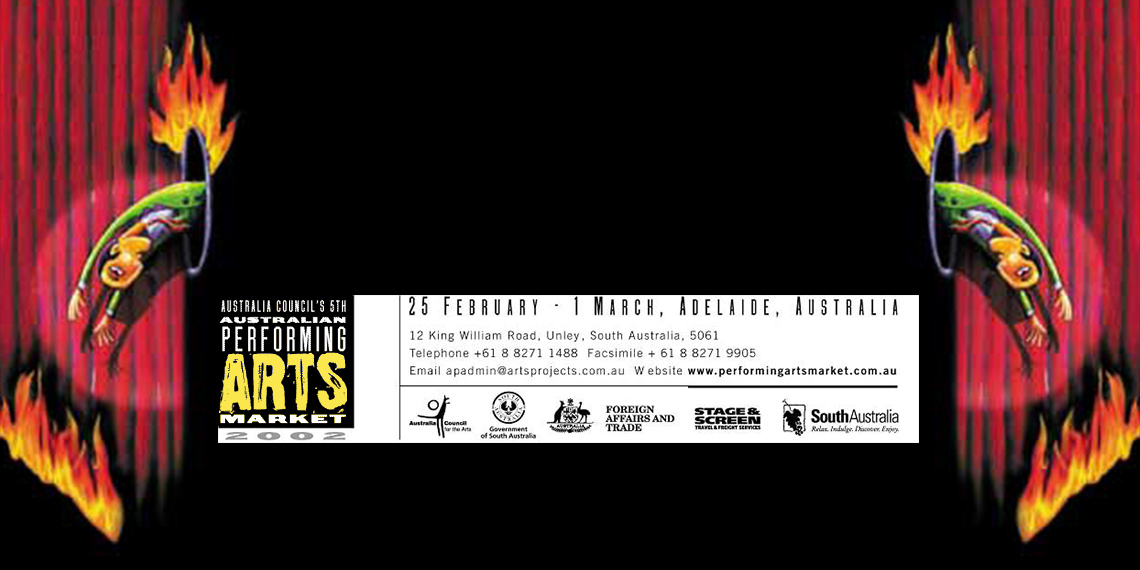 Running alongside the Adelaide Fringe and Adelaide Festival, the Australian Performing Arts Market (APAM) is a one-stop opportunity for the world's program-makers to experience the very best in new performing arts from Australia and New Zealand.

APAM is a chance for artists and companies to connect with presenters and producers and explore new touring opportunities. It’s a remarkable showcase of contemporary performing arts reflecting the vibrant cultures, energy, creative diversity and dynamism of the region.