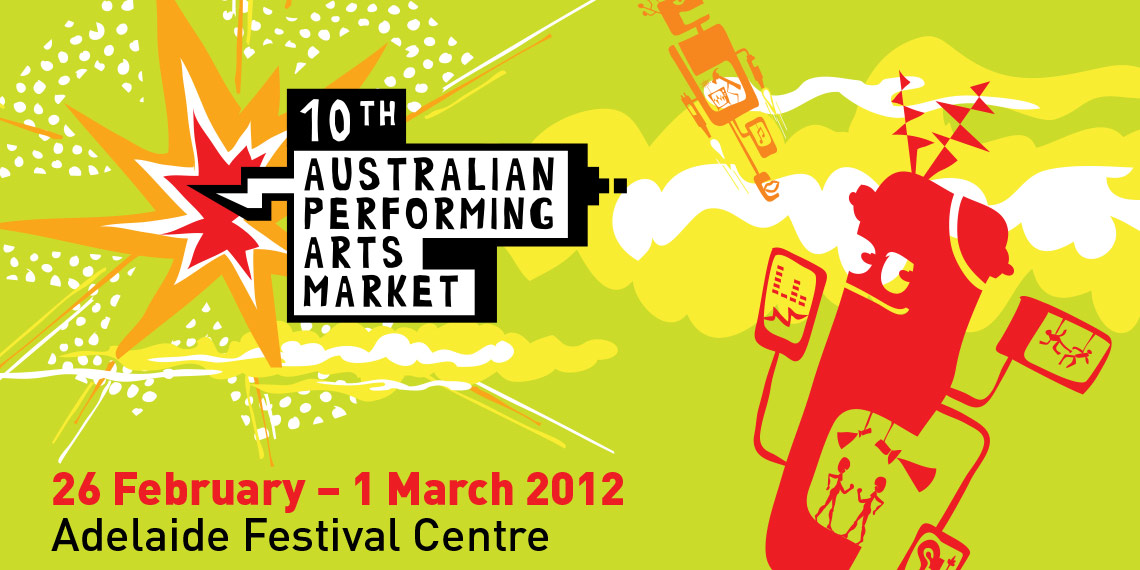 Running alongside the Adelaide Fringe and Adelaide Festival, the Australian Performing Arts Market (APAM) is a one-stop opportunity for the world's program-makers to experience the very best in new performing arts from Australia and New Zealand. APAM is a chance for artists and companies to connect with presenters and producers and explore new touring opportunities. It’s a remarkable showcase of contemporary performing arts reflecting the vibrant cultures, energy, creative diversity and dynamism of the region.

The 10th APAM was held in Adelaide at the Adelaide Festival Centre in 2012 and the next three APAMs from 2014 will be hosted in Brisbane by the Brisbane Powerhouse.