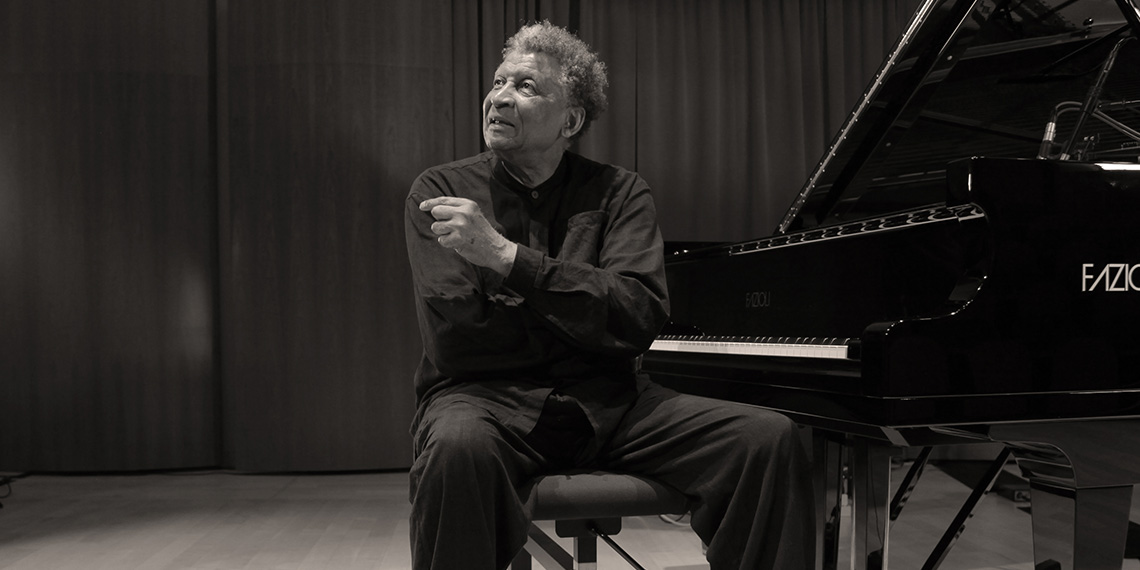 A true icon of African music, Abdullah Ibrahim forges a unique bridge between classical piano and jazz improvisation. His name is inextricably linked in jazz history beside Duke Ellington, John Coltrane, Ornette Coleman and Don Cherry – all giants that this gifted pianist collaborated closely with. Born in Cape Town in 1934 as Adolphe Johannes Brand, he began performing in 1949 under the name Dollar Brand, and stayed in his native country until the early 1960s, accompanying Miriam Makeba and founding the first important African jazz band, the Jazz Epistles. However, international recognition also earned him distrust at home under the aparthied regime, so he left for Europe in 1962, and was discovered by Duke Ellington in 1965. After resettling in New York, he honed his improvisation skills within the avant-garde jazz scene but also set out on a spiritual path and converted to Islam in 1968, taking the name Abdullah Ibrahim. His landmark albums Echoes From Africa (1979), African Marketplace (1980) and Zimbabwe (1983) embraced both the essence of Africa and the flighty musical freedom of American jazz. Even at 80, he remains prolific, with his new album Senzo embracing an intimacy and primal tone with staggering clarity.