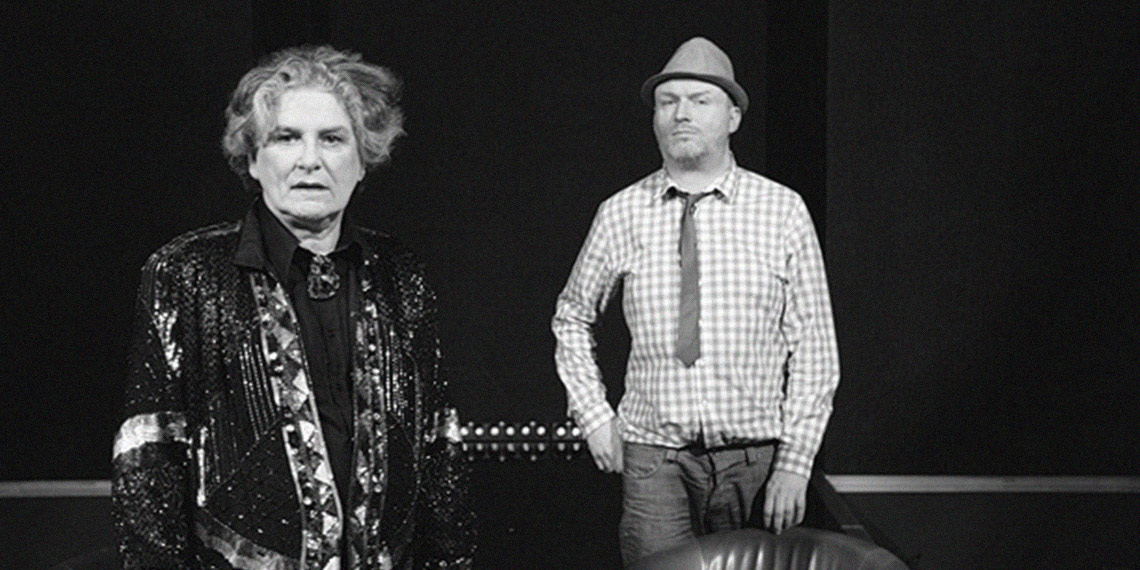 A Life in Three Acts is a living, breathing history edited and adapted from a series of private conversations between two friends, recreated on stage by Bette Bourne reminiscing about his life and times.

The story moves from Bourne’s post-war childhood to his first walk across Trafalgar Square in drag, accompanied by four gorgeous friends, to his seminal role in the formation of the Gay Liberation Front. He recalls his life in a drag commune, the creation of the groundbreaking BLOOLIPS company in London and New York, and more, to reveal an extraordinary portrait of an individual and a movement. The work is not only a Bourne memoir, but, more broadly, a quiet celebration of the momentous struggles and achievements of gay liberation.

Bourne and Ravenhill are among the UK’s most thrilling theater makers. Bourne is a legendary actor, drag queen, and iconic gay rights activist, who first appeared at Edinburgh Festival in the late 1960’s performing opposite Sir Ian McKellen in Edward II.

Many consider Ravenhill one of the leading playwrights of his generation. They first came into contact with each other ten years ago during a National Theatre workshop for Ravenhill’s Mother Clapp’s Molly House. They have remained close friends, and A Life in Three Acts is the result of many private conversations between them. Over a period of eighteen months, they recorded, transcribed and edited their conversations into a script, which was first performed as a post-show event in the Jerwood Downstairs Theatre at the Royal Court Theatre in December 2008.

After its world premiere at the Traverse Theatre in Edinburgh (August 2009) where it scooped a Fringe First Award and the Festival’s top honor – a Herald Archangel Award for Bette Bourne, the show completed highly successful runs at the Royal Theatre in The Hague, Soho Theatre in London (and again in February 2010), at St Ann’s Warehouse New York.

Presented by the Sydney Theatre Company and Sydney Festival by arrangement with Arts Projects Australia and supported by the British Council.

“Hilarious and touching... Bourne is a priceless repository of mischief and mimicry, honesty, wisdom and defiance” ★★★★