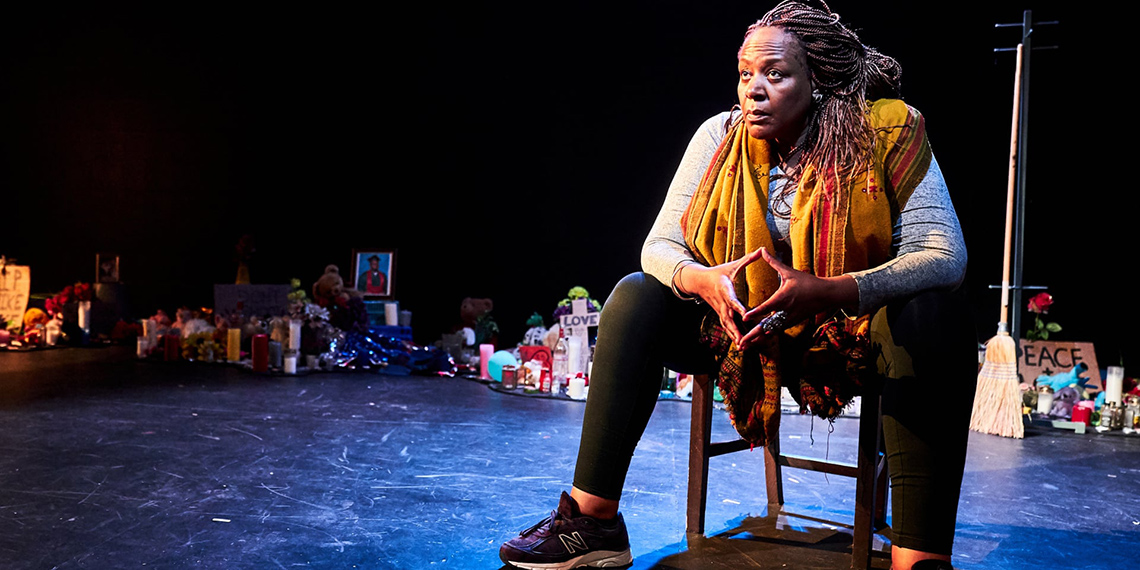 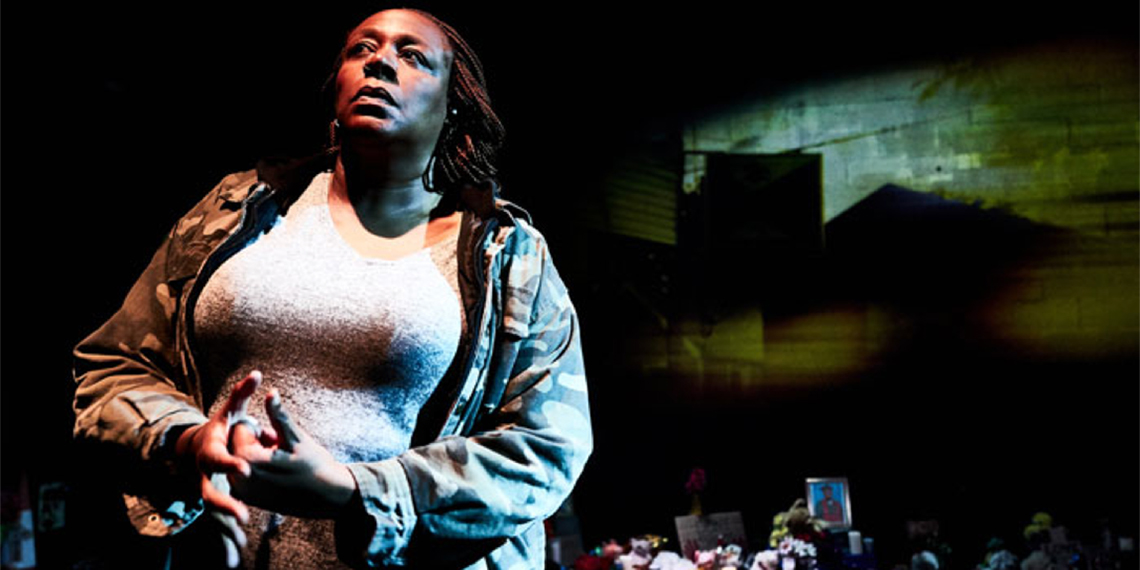 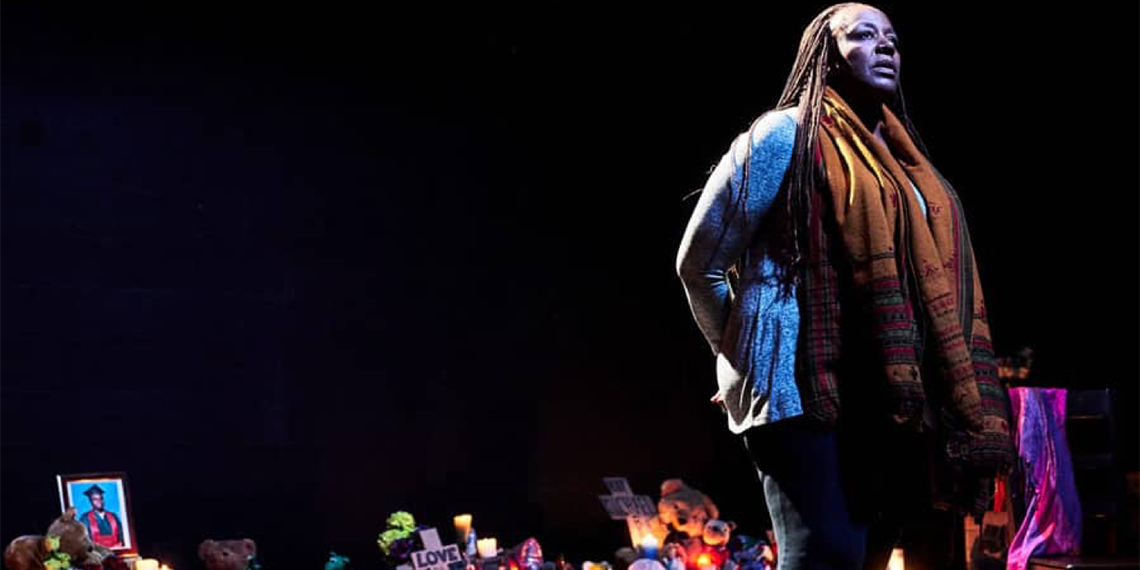 Until The Flood (USA)

Written and performed by Dael Orlandersmith
Directed by Neel Keller

WINNER OF THE SCOTSMAN FRINGE FIRST AWARD AND THE STAGE EDINBURGH AWARD.

Missouri, 2014. Michael Brown, a black teenager, is shot and killed by Darren Wilson, a white police officer. A tidal wave of unrest sweeps across the nation, powered by a new activist movement called Black Lives Matter. Its ripples are felt all over the world.

In this gripping and revelatory drama, based on real-life interviews from the aftermath of the shooting, Pulitzer Prize finalist Dael Orlandersmith (Yellowman, Young Vic) journeys into the heart and soul of modern-day America. Confronting the powerful forces of history, race and politics, she embodies the many faces of a community rallying for justice, and a country still yearning for change.

★★★★★ “Orlandersmith cleverly escalates the emotional intensity in the room through each story, each account, each remark” – Miro Magazine

“Orlandersmith morphs into each character with a shift of her body weight, the throw of a shawl and a quiet, restrained grace.”