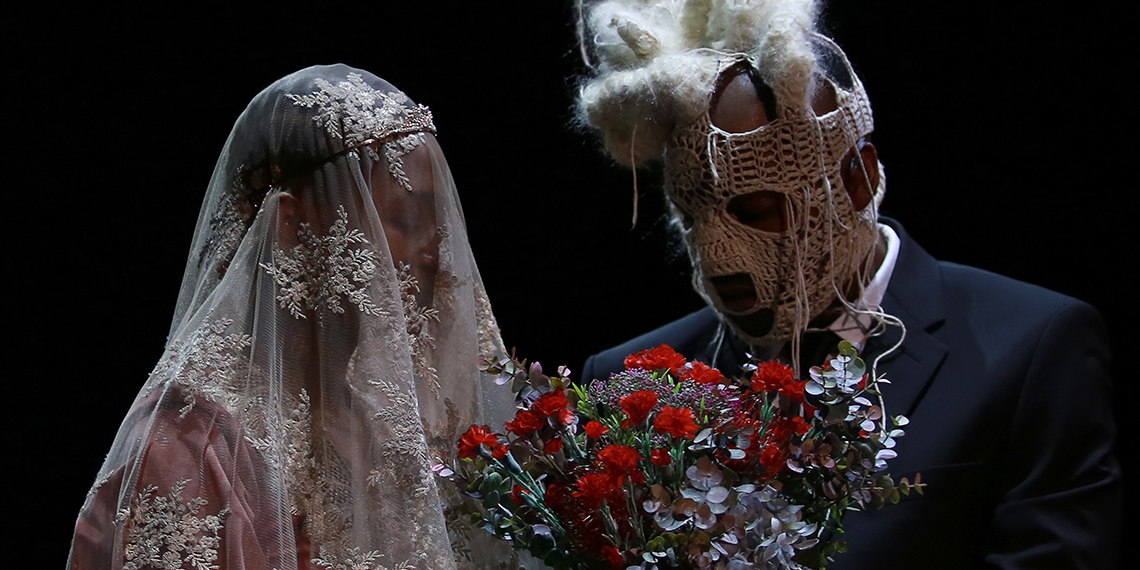 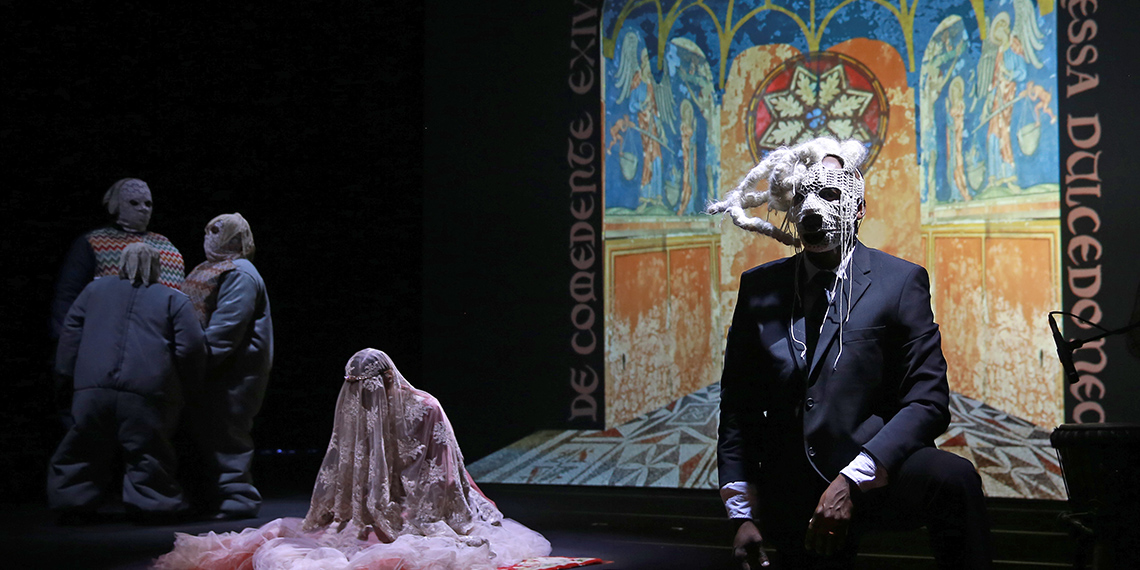 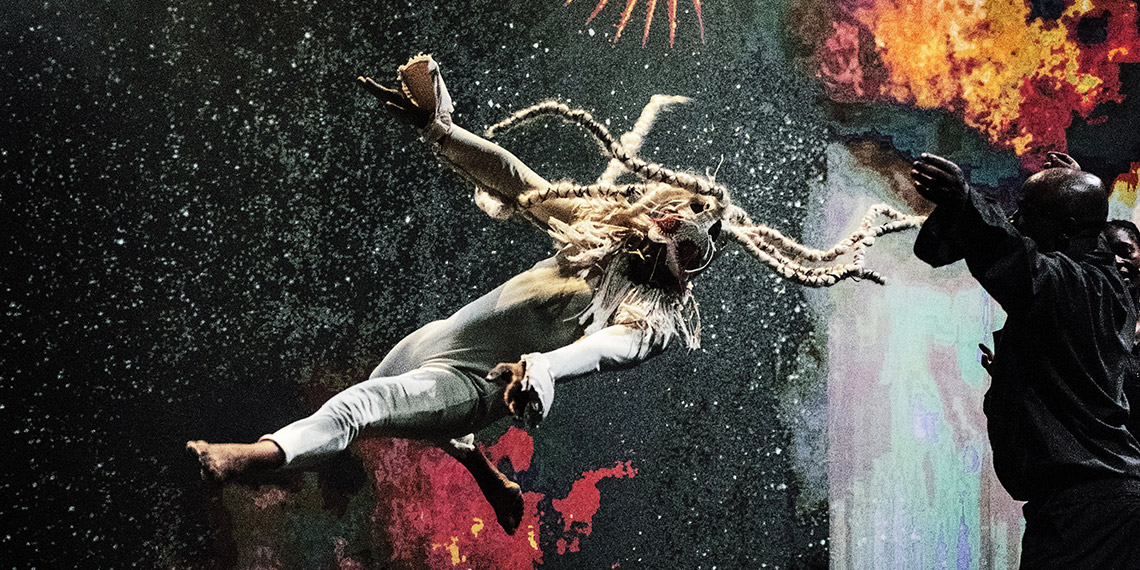 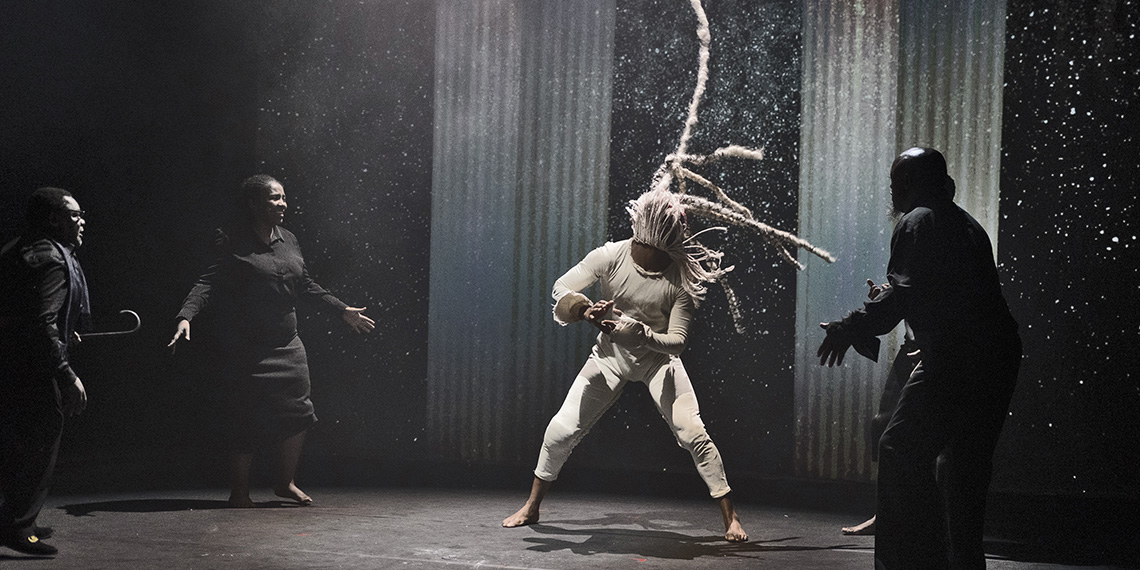 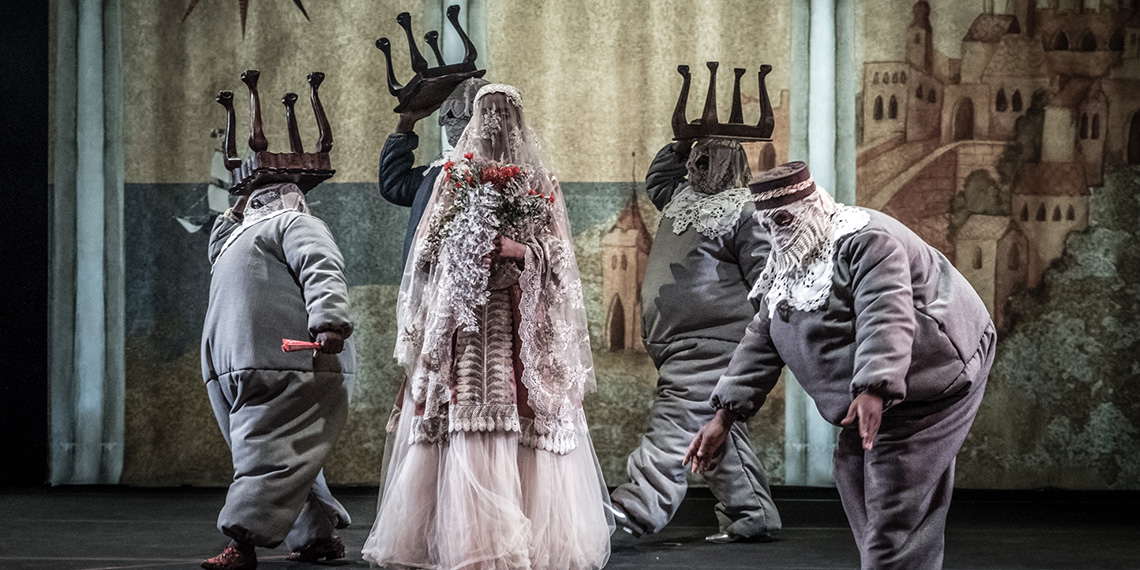 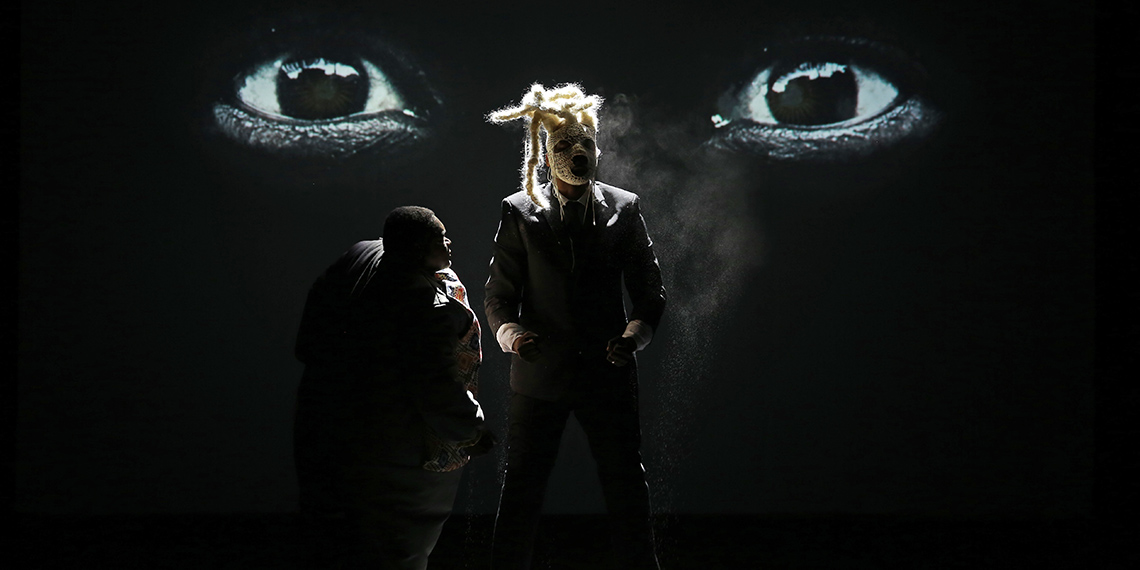 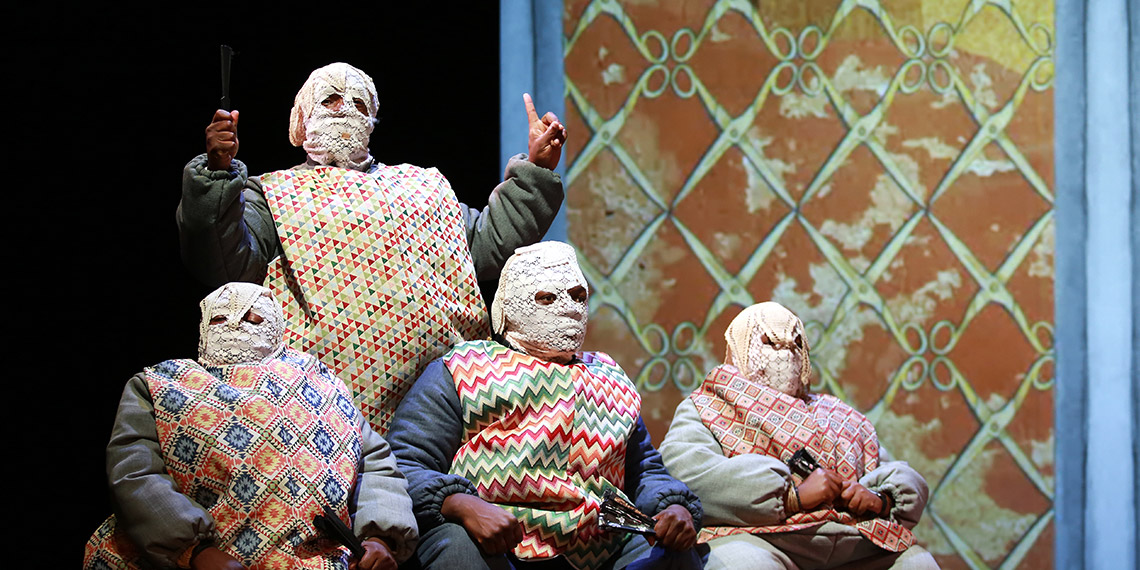 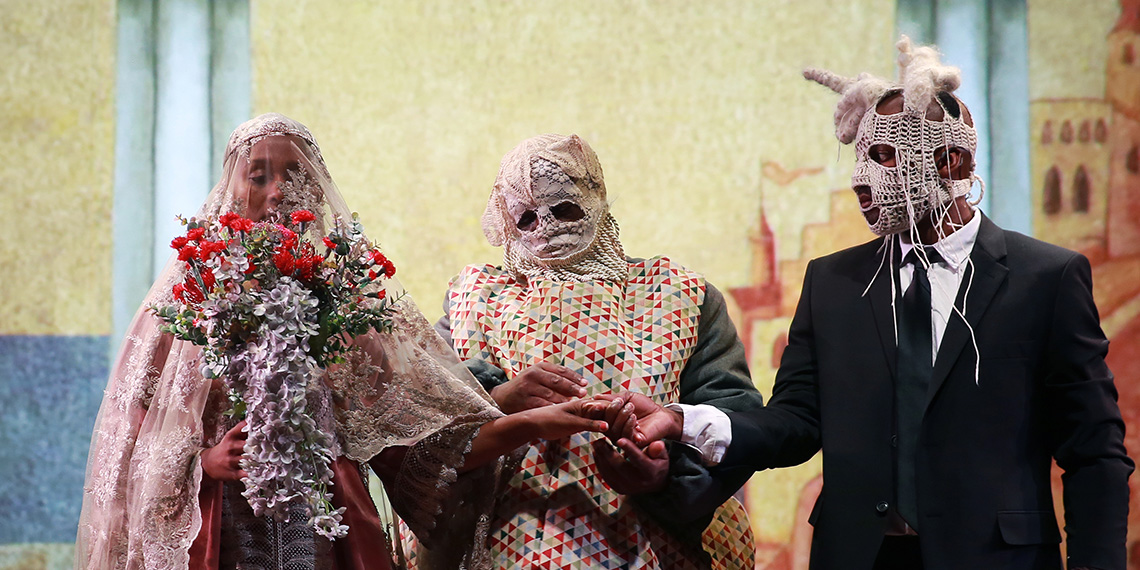 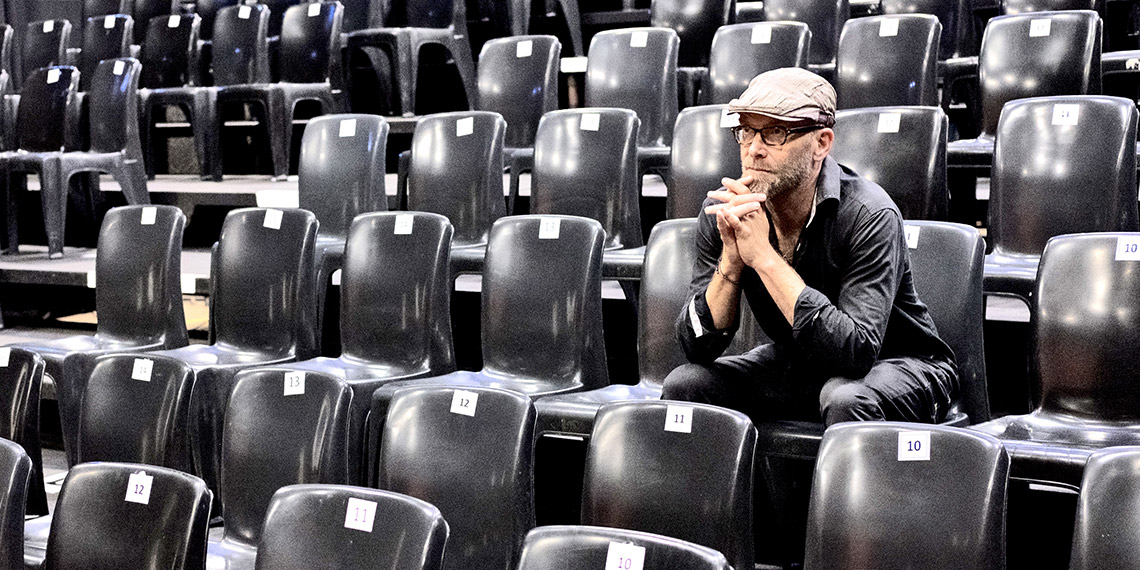 THIRD WORLD BUNFIGHT (‘TWB’) is a performance company that has maintained its position at the forefront of South African performance throughout its nineteen-year history.

TWB presents the diverse works of South African artist, Brett Bailey: theatre productions, installations, operas, house music shows, and site-specific performances. His idiosyncratic, iconoclastic works focus a probing lens on the world we live in; in particular the post-colonial landscape of Africa, and the historical and contemporary relations between Africa and the West.

The company has a mission to create and present innovative, multi-layered, deeply considered performance and installation works of excellence, both locally and internationally; works that reveal the beauty, the wonder, the darkness and the tragedy of our world.

SAMSON  uproots the popular biblical myth from its religious context, and transplants it into a dystopian contemporary landscape of unbridled capitalism, human displacement, xenophobia and violence. It asks us to reflect on the historical injustices and repressed rage that so often underlie the ruthless acts of terror committed by marginalized, alienated men.

Bailey has figured Samson, the character, as an avatar for the repressed rage of those people that have been trampled by expansionist forces for centuries. In an era of intolerance and polarisation, a young man with a hero mission channels the fury of his subjugated people, and inflicts terror on the population that he holds accountable for their oppression. As the body count mounts, Delilah – an ambivalent enemy agent – seduces and ritually castrates him. His brutal punishment in the detention facilities of the authorities spurs him to an act of suicidal devastation…

The cast is headed up by dynamic dancer-choreographer, Elvis Sibekoin the role of Samson. Sibekois also a sangoma – a traditional diviner. He and Bailey have worked together to harness the deep primal energies that underpin Sibeko’s spiritual practice to shape the choreography and character of Samson.

Also on stage are opera singer HlengiweMkhwanazi, actor  Wiseman Sithole, and the performers Apollo Ntshoko, Monde AbeyXakwe and ZaneleMbizo, who have appeared in several of Bailey’s works over the years. Along with Shane Cooper, the on stage  musical ensemble comprises keyboardist Mikhaela Kruger, drummer Jonno Sweetman and guitarist Mapumba Cilombo.

INTRODUCTION TO SAMSON BY BRETT BAILEY

The Old Testament hero myth of Samson (Judges 13 – 16), is a compelling, if bewildering, tale of romance, betrayal and violent revenge. It recounts the saga of a strongman who is anointed by the Hebrew god to liberate his people from their Philistine overlords.

Judeo-Christian readings of the myth generally reflect on the spiritual weakness in this hero, who is distracted by lust and rage from fulfilling his divine task. I have approached the story with fresh eyes, free from the constraints of religious moralizing.

Scouting for a new work in mid-2017, I reflected on how the Greek tragedians extrapolated stories from their sacred myths and harnessed them to speak to contemporary issues. I trawled the bible for stories, eventually settling on SAMSON: it clicked with me. But grappling to find the myth’s resonance within our moment of history, to understand what it wants to say through me, has been a long and tough journey.

Beyond the violence and the heroics of the myth, I find a great deal of sadness in the story. A central theme of the work that I have made is loss: of home, of self, of faith, of so much fragile beauty to the blind forces of avarice. My poetic interpretation brings the tale crashing into the 21stcentury, and orders it within the concerns I have around migration, bigotry, colonialism, and oppressive capitalist policies. It draws on my fascination with shamanism, ritual, the repressed and the non-rational.